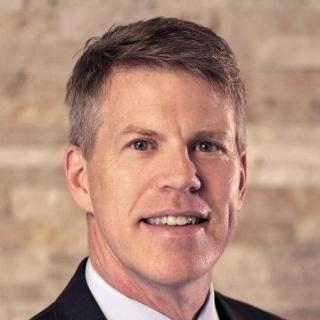 For attorney John Griffith, it’s all about creating relationships. And for the past 13 years, John has relied on his ability to form these important relationships with clients, juries, peers, and the community to help him successfully represent personal injury victims across Middle Tennessee. Starting his career as an insurance claims adjuster, he saw how his decisions could impact people’s lives—positively or negatively—after they’d been seriously injured by someone else’s carelessness. That’s when he began to realize the frustration of working for insurance companies, whose main products are promises in exchange for money—and those promises of coverage were broken far too often. As a result, John decided to focus on combating those broken promises by attending law school. Now, as an experienced personal injury lawyer, he fights on behalf of deserving people who have been been treated unfairly by those same insurance companies. And for John, his clients are more than a case number, which is why he stays in touch with many of them. In fact, he regularly calls former clients to simply catch up and see how they’re doing. In addition to his law practice, John is committed to advancing the cause of his clients by serving as the legislative chair for the Tennessee Association for Justice. He’s also been elected by his peers to serve on the association’s board of governors each year since 2008. In 2012, he was selected to attend the prestigious Trial Lawyers College, which is conducted by Gerry Spence, one of the most unbeatable and prestigious lawyers in U.S. history. And in 2013, John was selected by his peers as the “Best of the Bar”—an award that recognizes Tennessee’s top lawyers and corporate counsel. The American Association for Justice listed John as one of the “Top 100 Trial Lawyers” in 2008 and 2009. He’s also a member of the Tennessee Bar Association, the Nashville Bar Association, and the American Association for Justic

The 10 Worst Mistakes You Can Make With Your Tennessee Injury Case
Word Association Publishers
April, 2016

PLAY Bigger: Maximize Case Results Seminar
November 6, 2020
Tennessee Trial Lawyer Association
Whether you are new to the profession or an experienced attorney, join us on November 6th for "PLAY Bigger" - a day packed with knowledge to help you maximize your case results.

Powerful Cross Exam of the Defense Medical Examiner: How to Neutralize the Defense Expert, CLE Webinar
May 2, 2018
Tennessee Trial Lawyer

An overview of our personal injury law firm in Franklin, TN and why we do what we do.

Common Mistakes People Make On Their Own Personal Injury Cas

Are Police Reports Admissible In Tennessee?

Are police reports admissible? Call Nashville attorney John Griffith at 615-807-7900 or visit our website http://www.griffithinjurylaw.com/ - A police officer can testify as to things they observed once they're on the scene. Such as the position of the vehicles as they're sitting in the roadway. The condition of you, the injured party. The things you say to the police officer and the nature and severity of your injuries. By law police reports are not admissible in Tennessee.

What To Know Before an IME

If you’ve been injured in the state of Tennessee due to the negligence of someone else, there’s a good chance that you’ve been asked to attend what’s called an IME or independent medical examination. I share this to give you information on the inside as to how personal injury cases are tried and litigated in the state of Tennessee. If you have questions about your case, call me at 615-807-7900 http://www.griffithinjurylaw.com/