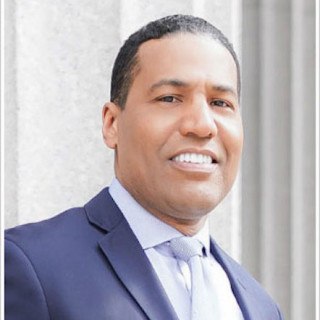 Joey Jackson is a nationally-recognized criminal defense attorney who has for two decades represented individuals and labor unions in state and federal court. Mr. Jackson and his associates have represented a diverse group of clients under the glare of cameras as well as those who have never attracted public attention. He has built an outstanding career as a trial lawyer representing clients who have fallen into high-stakes personal and professional crises, as well as those who are average citizens in need of his fierce and benevolent counsel.

Mr. Jackson has been a member of the New York Bar since 1995. After graduating from Hofstra Law School, Mr. Jackson was appointed Assistant District Attorney under Robert Morgenthau. Following a successful career as a prosecutor where he received the Distinguished Public Service Award, Mr. Jackson joined the firm of Koehler & Isaacs LLP where he served as Senior Trial Counsel specializing in criminal defense. Mr. Jackson has tried cases and received favorable verdicts in Manhattan, Brooklyn, Queens, and the Bronx, as well as Nassau and Suffolk Counties. At the Federal level, he handles cases in both the Eastern and Southern Districts.

Mr. Jackson's straight-talking legal expertise is held in high regard by media outlets, as he has frequently appeared on various cable news programs over the last decade. He is currently employed by CNN/HLN as a Legal Analyst.

Mr. Jackson attended Hofstra Law School. While in law school, he served as editor for the Hofstra Labor & Employment Law Journal and a member of the National Moot Court and National Trial teams.

Prior to Law School, he earned his M.P.A. from SUNY Albany's Rockefeller College of Public Affairs and Policy. While earning his Master's Degree, he worked for the N.Y.S. Assembly Speaker as a Legislative Analyst. He also holds a B.A. from SUNY Brockport.

Mr. Jackson is a former professor at Monroe College where he taught Business and Civil Rights Law.

U.S. District Court for the Eastern District of New York

U.S. District Court for the Southern District of New York

We need to reality-check ourselves on immigration raids
CNN
2017

What the Michael Brown video tells us
CNN
2017