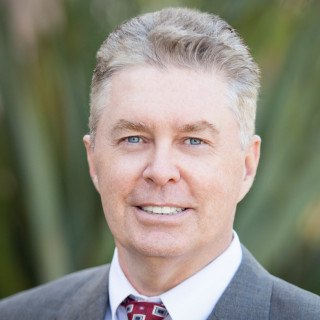 Local Estate Elder Law Planning Attorney
Long term Pleasant Hill resident, Jeffrey Hall, didn’t follow the traditional path to the practice of law. Indeed, attorney Hall grew up in central Los Angeles, and in a time when there was no expectation that he would attend college; and law school was simply not an option. However, after completing his bachelor’s degree in Economics from Saint Mary’s College, he volunteered with the Air Force in 1981 and served for 9 years, both reserve and active. Upon returning to California, he and his wife made Pleasant Hill their home and have remained since. Thereafter, he worked 15 years mainly in public and corporate accounting, where he held senior management positons. While working full-time, he attended night school to earn his graduate degree in accounting and then passed the CPA exam. In 1991, he transferred from the Air Force Reserve to the U.S. Coast Guard Reserve and served for 25 years before retiring as a Commander in 2016. During his civilian work, he later attended law school (again while working full-time) and became a licensed attorney in 2003. With his extensive experience in both business and taxation, he had a natural interest in estate planning and business law. Today, attorney Hall is a very experienced and seasoned estate planning attorney specializing in Trusts, Trust Litigation, and Estate Administration. Attorney Hall frequently appears in Superior Court on matters concerning trust litigation, trust reformations, conservatorships, and probates. He is a frequent speaker and author of many published articles on the subject of estate planning. He began his practice in 2003 and later joined the Law Office of Gizzi and Reep, LLP in 2006 where he managed the firm’s estate planning practice. He maintains his affiliation with (now) Gizzi, Reep, & Foley, but mostly serves his clients in private practice in Pleasant Hill. Attorney Hall offers all prospective clients a free 30-minute consultation;