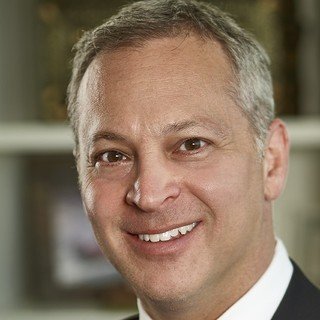 eff Raizner is an extremely successful trial lawyer and negotiator. He has been named aSuper Lawyer every year since 2007, recognized for his continued success in representing clients in claims against major insurers for both commercial and residential losses, and against large corporations for compensation in pharmaceutical and other mass tort claims as well as maritime personal injury disputes. Mr. Raizner is a member and former director and Executive Committee member of Texas Trial Lawyers Association, a past president of Houston Trial Lawyers Association and a member of the American Association for Justice. His practice includes nationwide representation in complex insurance disputes as well as serious personal injury and mass tort litigation. In addition to being aSuper Lawyer, he has been recognized as a Texas Rising Star and a Best Lawyer in nationwide, peer-selected publications. Mr. Raizner has been selected by courts and his co-counsel to serve on a number of steering committees established to manage and guide litigation involving insurance and other disputes, and is a recognized leader nationwide in complex commercial property insurance litigation. Mr. Raizner is also a member of the Texas Association of Public Insurance Adjusters as well as the National Association of Public Insurance Adjusters. Mr. Raizner regularly writes and speaks on insurance and other matters within his areas of practice. Mr. Raizner began his legal career at Vinson & Elkins in 1992. He is a founding partner of Doyle Raizner LLP. In 2015, Mr. Raizner decided to refocus his practice in forming Raizner Slania LLP. During his career, he has aggressively pursued insurance providers on behalf of clients in bad faith insurance actions for claims ranging from the denial or delay of workers’ compensation to liability in large commercial and even transnational claims. He has also fearlessly pursued pharmaceutical companies, medical device manufacturers and major oil and gas com

The Differences Between Personal Injury Litigation in the UK and the USA, Legal and Medical Conference 2007, The Changing Landscape, London, United Kingdom
February 21, 2007

The Potential Costs When Case Management Crosses the Line: The Law on the Penalties and Pitfalls for Improper Handling of a Claim for Benefits by an Injured Worker, Workers’ Comp Update 2003
July 24, 2003

The Potential Costs When Case Management Crosses the Line: The Law on the Penalties and Pitfalls for Improper Handling of a Claim for Benefits by an Injured Worker, The Barnes Law Firm Workers’ Compensation Seminar
September 28, 2004
The Barnes Law Firm

Completing the Unfinished Picture Soriano and the Problem of Having So Many Claims and So Little Coverage, Ninth Annual Insurance Law Institute
November 11, 2004
University of Texas

The Differences Between Personal Injury Litigation in the UK and the USA, Legal and Medical Conference 2007, London, United Kingdom
February 21, 2007