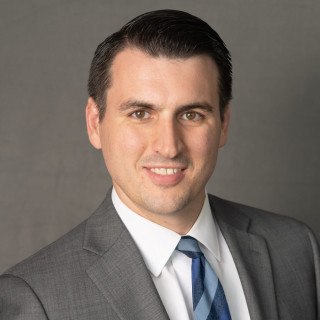 Jason Oxner is a Canadian citizen who moved to Massachusetts on an academic and athletic (hockey & rowing) scholarship at the Groton School in 2002. Jason continued with his rowing career at Trinity College in Connecticut where he graduated with his Bachelor of Arts and served as an assistant coach to the rowing team.

While working in business law, in Jason went onto work for Baylor College of Medicine in the Houston Medical Center where he represented doctors and researchers at St. Luke’s Hospital, Texas Children’s Hospital, and other hospitals in the medical center, the negotiation phase of new drugs and devices with private pharmaceutical companies.

Estate Planning How Many People have a Plan for Tomorrow

Do you have a plan for tomorrow? With Corona Virus (Covid-19) it is incredibly important to have a plan in place. A plan is not limited to just getting a will done. It is also important to get guardianship documents for your children; power of attorney documents if you cannot make decisions and are in the hospital; setting up your assets to go to your beneficiary without costly court proceedings; and much more!

The Oxner Legha Law Firm located at 12300 Dundee Ct., Suite 116, Cypress, Texas 77429 offers the below services as mentioned in the video. Visit out website to learn more at https://www.OxnerLegha.com

The basic steps to forming a limited liability company (LLC) in Texas. This is a video by licensed attorney Jason Oxner of the Oxner Legha Law Firm outlining the very basic steps that go into forming an LLC. There are many other considerations when forming a company. You should contact a law firm to further discuss all of the considerations in forming an LLC. The Certificate of Formation mentioned the video can be found at https://www.sos.state.tx.us/corp/form... The Texas Secretary of State website address is https://www.sos.state.tx.us Attorney Jason Oxner can be found at https://www.OxnerLegha.com

Q. 140 years ago my great grandfather was given a watch for saving several men in a mining accident. The watch was to pass
April 7, 2020
A: Hello, sorry for your loss. Your questions is difficult to answer based on the facts alone. Do you know if your great grandfather left a will with instructions relating to the watch? If so, that would be the first place I would check. I would also check to see if your great grandfather's estate was probated. Essentially, we are going to need to track the watch through wills or to see if it has been accounted for in any probate filing. We would also need to check to see if your grandfather's estate was probated and also your father's. There is a small possibility that the watch may have been placed in a trust. If there was not a will or trust, it is going to be a little difficult as we would need to follow Texas intestacy laws, which describe how property is distributed when someone dies without a will. I would suggest taking the time to meet with an experienced Probate Attorney who may be able to check to see if there have been any probate filings or wills filed with the courts. The Probate Attorney can also answer more directly your question as to who may be entitled to the watch. I wish you the best of luck!