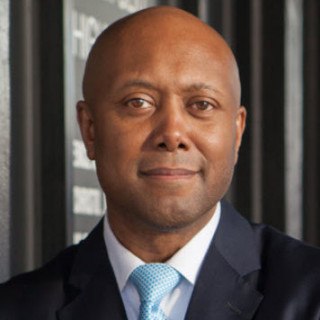 Gary Certain is a partner at the personal injury and civil rights law firm of Certain & Zilberg, PLLC. Mr. Certain has tried over a hundred cases and has obtained numerous six-figure, million and multi-million dollar awards on behalf of his products liability, personal injury, and civil rights clients. His advocacy has caused the removal and/or redesign of many unsafe and dangerous products and helped to change safety procedures and law enforcement practices and policies. Mr. Certain has received national recognition as a talented and passionate advocate, receiving recognition as a Super Lawyer and awards the New York Magazine’s Leader in The Law - Million Dollar Circle, National Trial Lawyers Association as a “Top 100 Plaintiffs’ Trial Lawyer,” as a recipients of the “Top 100 Black Lawyer“ award from the National Black Lawyers Association, Million Dollar Advocates Forum Member and a “Top 1% Car Accident Lawyer Award,” based on an independent survey of actual verdict results. Mr. Certain earned his law degree from the Georgetown University Law Center in 1993 and a BA, with honors from Niagara University. While at Georgetown Law, Mr. Certain developed his advocacy skills by serving in a legal clinic, representing indigent clients before the Superior Court of the District of Columbia. After law school, Mr. Certain served as a New York City Assistant District Attorney where he earned a reputation for aggressive advocacy, professionalism, and integrity. Since entering private practice in 1996, Mr. Certain has devoted his practice to litigating matters on behalf of those who have suffered as a result of serious injuries, wrongful death, construction accidents, defective products, civil rights and police misconduct. Gary Certain is a member of the New York State Trial Lawyers Association and has served as Chairperson of the Products Liability Committee of the Trial Lawyers Section of the New York State Bar Association.

Q. If I win a products liability suit, will I recover medical expenses as well as lost earnings even if I'm unemployed?
11 June 2018
A: If you prevail, in addition to recovering a financial award for pain and suffering, medical expenses, as well as lost earnings, are generally recoverable in products liability actions under New York law. However, to prove lost earnings a plaintiff will be required to demonstrate that the product-related injury either caused the plaintiff to be unable to continue working or be able to prove that the plaintiff would have otherwise been working if not for the injury.