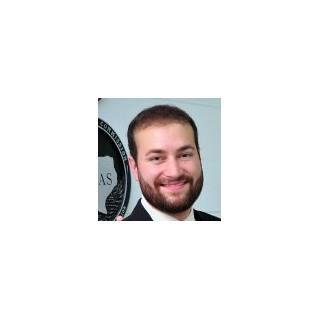 Mr. Moorman is a Beavercreek native and a graduate of Carroll High School. He practices in the areas of Family Law (Domestic Relations) and Criminal Defense. He obtained his undergraduate degree from the University of Dayton, where he was awarded the President's Scholarship and was named to the Dean's Honors List.

Gabe attended law school on a merit scholarship at the University of Cincinnati, College of Law, where he was named to the Dean's Honors List. While at UC, Gabe was president of the Intellectual Property Legal Society and a fellow for the Public Interest Law Group.

Before joining Diehl & Hubbell in December of 2008, Gabe worked at the City of Cincinnati Prosecutor's Office and for the Honorable Timothy S. Hogan at the United States District Court. He decided to start his own practice in 2013, and hasn't looked back since!

Recently, Gabe was selected into The National Trial Lawyers: Top 40 Under 40 for the second consecutive year. He is one of only forty trial lawyers from the state of Ohio to be chosen as a member. Membership into the organization is extended exclusively to those individuals who exemplify superior qualifications, trial results, and leadership as a young trial lawyer. Gabe was also named one of the Top 20 "Most Connected Lawyers" by Justia.com. He is a member of the Ohio State, American, Cincinnati, and Warren County Bar Associations as well as the Ohio Association of Criminal Defense Lawyers, the Ohio Association for Justice, and the Association of Private Practice Lawyers and Attorneys (APPLA).

Additionally, Gabe is a frequent guest on Fox45 "In The Morning" and has been featured dozens of times on live television as a legal consultant. He is also a member of the Lebanon Area Chamber of Commerce, Warren County Historical Society, and The Lebanon Theatre Company.