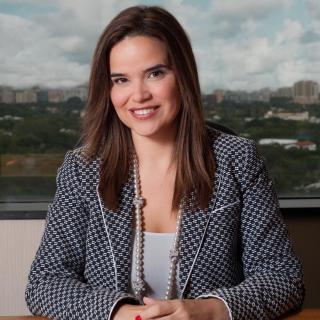 Dolly Hernandez covers a range of complex domestic and international marital and family law cases, at the Law Office of Dolly Hernandez, PLLC, a matrimonial and family law boutique in Miami, Florida. Dolly Hernandez handles matters involving the dissolution of marriage, paternity, child support, equitable distribution, alimony, prenuptial and post-nuptial agreements and parenting issues. She is also experienced in child abduction actions that are governed by the Hague Convention on the Civil Aspects of International Child Abduction. Ms. Hernandez is AV-rated by Martindale-Hubbell, was listed in the Top 50: 2015 Women Florida Super Lawyers, Listed as an Attorney to Watch in 2015 by Attorney At Law Magazine, named to the Florida Super Lawyers List for Marital and Family Law from 2014-2017, named to the Top Lawyers List by the South Florida Legal Guide in 2017, named to the Florida Trend's Legal Elite List for Marital and Family Law in 2017, rated a Florida Top Lawyer in Family Law by ALM, named as a 2014 Rising Star by the Daily Business Review, named as one of CFF's 40 under 40 Outstanding Lawyers in Miami-Dade County in 2013, and was a recipient of Business Leader Media's Women Extraordinaire Award in 2012. Since 2011, up to and including, the present, Ms. Hernandez has served as a co-chair for the Family Law Litigation Committee of the American Bar Association's Section of Litigation and currently serves on the Steering Group of the International Family Law Committee of the American Bar Association Section of International Law. Ms. Hernandez has authored numerous publications and also serves on the Board of Directors for Dade County Bar Association. Ms. Hernandez is also a Fellow of the American Bar Foundation.