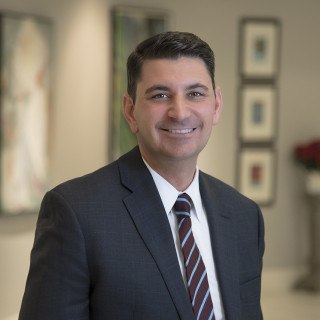 Dennis has been selected as an Ohio Super Lawyer Rising Star for years 2005, 2009 - 2013 2013 (last year of eligibility) and Super Lawyer for years 2016-2019. Only five percent of the total lawyers in the state are selected for inclusion in Super Lawyers. Super Lawyers selects attorneys using a patented multiphase selection process involving peer nominations and evaluations combined with third party research.

Dennis has also bee elected as one of the Top 50 Lawyers in Columbus by Super Lawyers Magazine for 2019 and he has also been listed in Columbus CEO Magazine as a Top Lawyer for 2015 and 2016.

Dennis has been selected by The National Trial Lawyers: Top 40 under 40 in Ohio which is by invitation only and is extended exclusively to individuals who exemplify superior qualifications and leadership as a trial lawyer. In addition, Dennis has a 10.0 out of 10.0 Superb AVVO rating, listed in Rue Ratings' Best Attorneys in America, and 2015 AVVO Clients' Choice Award Winner.

Top Lawyers
Global Directory of Who's Who
2016