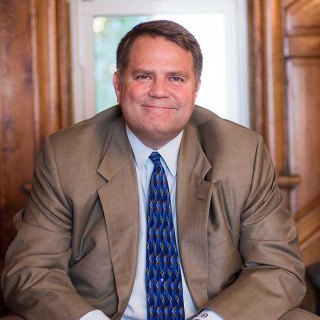 Active in the legal community, David holds membership to the 28th Judicial Bar, North Carolina, and America Bar Associations. He has served as a sustaining patron and in the President’s Club for North Carolina Advocates for Justice. David is also a member of the National Association of Social Security Disability Claimant’s Representatives, and NC Bar Association General Practice Hall of Fame.

In addition to his legal involvement, David strives to consistently take part in his local community. He currently holds board membership with the Martin Luther King, Jr. Committee; life membership to NAACP; Governor Appointments to Employment Security Commission (2008) and Mountain Resources Commission (2010); March of Dimes Babies Walk (Chairman, 2012). David was elected to the Buncombe County Board of Commissioners in 10 elections since 1996. In 2016, he retired from politics after 20 years in office.

Leaders in the Law
Elon University and NC Lawyers Weekly
2016

Board Certified Specialist in Worker’ Compensation Law
Board of Legal Specialization

David Gantt Law Office - What we are all about.

Q. My Mom, from NC, is 74, widowed 2 yrs. ago, and is currently engaged. Will she lose her social security?
6 April 2020
A: Your Mom should not lose her Social Security (SS) Retirement due to remarriage. Even if she is drawing Widow's Benefits on her deceased husband's account, her remarriage should not affect her SS retirement since the remarriage is only relevant for marriages before age 60. Congratulations to your mother.