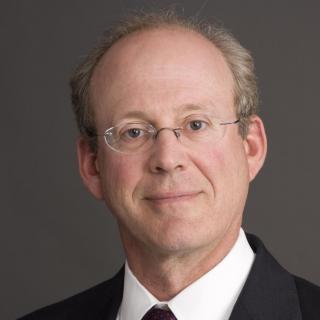 David Strouss concentrates his practice in representing children with catastrophic birth defects as a result of a parent's exposure to chemicals in the workplace. He represents children born with serious birth defects whose parents occupations include semiconductor manufacturing, agriculture, furniture making, industrial manufacturing, and scientific laboratories. Mr. Strouss prosecuted and successfully resolved some of the country’s first cases involving birth defects caused by glycol ethers and other solvent exposures in the semiconductor industry. He currently represents over 150 plaintiffs with birth defects in the United States and South America due to parental occupational and environment exposures. Mr. Strouss has also litigated cases involving cancer arising from exposure to benzene, solvents and other hazardous chemicals, environmental property damage cases and pharmaceutical drug and medical device cases including Fen-Phen and Vioxx. Mr. Strouss is an honors graduate of Brown University and a graduate of Northeastern University School of Law. He has been a member of the Massachusetts bar since 1985. He is a member of the Massachusetts and Boston Bar Associations, the American Association for Justice, and the Massachusetts Academy of Trial Lawyers. Mr. Strouss was assistant Special Assistant Attorney General representing the Commonwealth from 1995 through 1999 in the Tobacco Litigation.

In 2021 he was named to Best Lawyers in America for Personal Injury – Plaintiffs. He was named Environmental Litigation (Toxic) Lawyer of the Year in 2017 by Lawyer Monthly magazine. The National Trial Lawyers named him one of the Top 100 Civil Trial Lawyers in Massachusetts. The American Lawyer selected him as a 2019 Top Rated Lawyer in Mass Tort Law. He was selected as one of New England's 2020 Top Rated Lawyers by ALM Media and Martindale-Hubbell™.

David Strouss describes his practice representing the children born with catastrophic birth defects from toxic chemical exposures and their families.