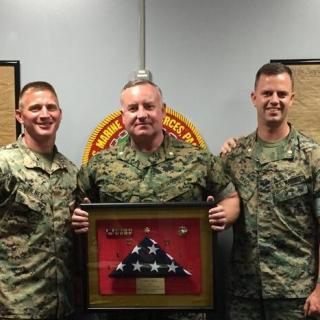 Cory R. Weck is an Inland Empire Native. Before starting his legal career, Mr. Weck was a commissioned officer in the U.S. Marine Corps. After completing his law degree in 1997, he was a leading trial attorney for the U.S. Marine Corps and earned the distinction of Top Young Military Lawyer of the year for the Marine Corps. He has in-depth understanding of military injuries and how to protect injured military servicemen. Weck is BV® Distinguished™ by Martindale-Hubbell® and has been included in the list of Southern California Super Lawyers® Since 2012 and is ranked by the National Trial Lawyers in the top 100 for personal injury

Q. I would like to get a ballpark answer of how much I would receive from a major city lawsuit involving a lifetime injury
February 6, 2018
A: You need to speak with your attorney about this question as no one on this forum has any information about your case. You chose your lawyer because you trusted his/her judgment, experience and skill. Please have a candid talk with your attorney as no one here will give any opinions on case value.

Q. I truly hope that you can help me. I have a personal injury case in where I was severely hurt. I have only met with my
February 2, 2018
A: I make it a practice of not commenting on recommendations by attorneys who currently represent clients. Your lawyer has far more information about your particular case than anyone else on this forum. If you are not satisfied with the advice or the justification for his recommendation then ask to speak with a senior partner (I'm assuming this is not a partner at the firm). I highly recommend you try and work through it with your current attorney first, before seeking new counsel. Only if you feel your concerns are not being seriously addressed would I advise you to seek another competent counsel.

Q. My brother was struck and killed by a motorist in CA. Why is a lawyer contacting me with a claim?
January 12, 2018
A: I'm sorry for your loss. Were you contacted in writing? If so it would be helpful to know what the language says exactly to point you in the right direction. It would be unethical for a lawyer to reach out to you to solicit a case, but unfortunately happens. More information about what was contained in the correspondence would be helpful.