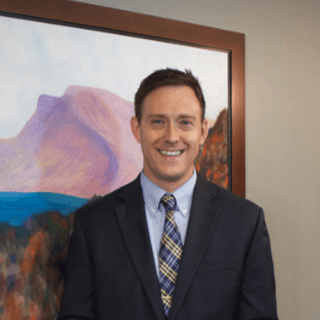 Clint James is part of the Wyatt Law Office. He started his career in Tulsa with a criminal defense and civil rights law firm and later became a partner in a full-service law firm in Tulsa. While in law school at the Tulsa University, he worked as a legal intern/law clerk for a number of prominent lawyers including Tom Seymour (Tulsa), Stephen Jones (Jones, Otjen & Davis in Enid), The Zurawik Firm (Tulsa) and Bob Wyatt (Oklahoma City). He also worked as a runner and staffer while in high school and college for the Law Office Szlichta & Ramsey (Stillwater) and Norman, Edem, McNaughton & Wallace (Enid). Since being admitted to the Bar, Clint has continued working with most of those lawyers on a case-by-case basis and other preeminent lawyers such as Shannon McMurray, Louis Bullock, Patricia Bullock, and Charles Watts in matters around the state in federal and state courts. Mr. James graduated from the University of Tulsa College of Law in 2012. In 2015 and 2017, he was honored to be selected as a Rising Star in the Oklahoma Super Lawyers publication in the areas of criminal defense and civil rights. He is admitted to practice in all courts in Oklahoma including the three federal district courts and is a member of the Criminal Justice Act Panel in the Northern District of Oklahoma where he is court-appointed to represent indigent defendants in federal court.