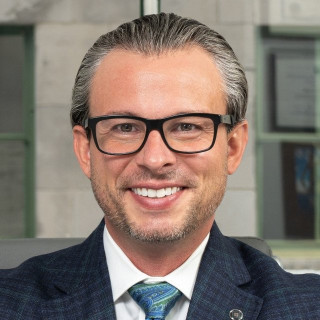 Chad Piotrowski – the former dogged Assistant State Attorney for Miami-Dade – opened his private practice: Piotrowski Law, currently located in downtown Miami, Florida in 2010. With an extensive and storied background in prosecuting some of the toughest cases in the criminal circuit court, Piotrowski’s venture revolutionized the methods employed for tactical client representation.

Chad began his legal career in Wilmington, Delaware by obtaining his J.D. from Widener University School of Law. Criminal defense came naturally, as evidenced by the Certificate of Achievement he was awarded for academic excellence in an advanced Criminal Procedure course.

Piotrowski’s nonpareil desire for excellence has driven him to unearth all degrees of the judicial system, sequentially establishing himself as a guardian of the community. Piotrowski began his studied understanding of the courtroom at the Narcotics Unit of the Philadelphia District Attorney’s Office by witnessing the inner workings of litigation firsthand. Piotrowski sharpened his research and legal writing during his Federal Clerkships with the Honorable Jacob P. Hart and the Honorable Linda K. Caracappa in the Eastern District of Pennsylvania, and later working in the very active Juvenile and Appellate divisions of the Lehigh County District Attorney’s Office, Piotrowski protected the residents of Pennsylvania while simultaneously learning every detail and intricacy of the tremendously complex legal apparatus.