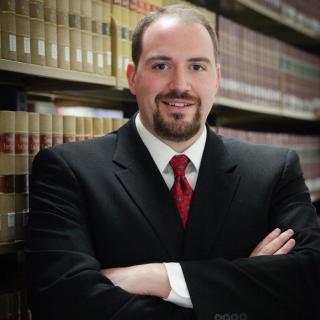 Barrett Thomas is a family law and criminal law lawyer in Waco, Texas. He practices with his partner, Kristy Blanchard, in both north and central Texas. They have offices in Dallas, Waco, Temple, and Marlin. Barrett is a former police officer and assistant district attorney. He honed his skills as a litigator in the criminal courts. He has a knack for finding the truth, even when it has been intentionally concealed. He uses his investigative prowess to benefit his clients and see that they have the advantage in both settlement negotiations and at trial.

He is a past president of the Texas Young Lawyers Association, at 27,000-member organization for attorneys throughout the state. Mr. Thomas received the Graduate of the Last Decade (G.O.L.D.) award from Texas Tech University School of Law in 2017 and has been included in the Texas Rising Stars? list by Super Lawyers® Magazine. Mr. Thomas currently serves on the District 8 Grievance Committee for the State Bar of Texas and volunteers his time with multiple local charitable organizations. He also frequently teaches at several regional police academies and for several law enforcement agencies and is well-known for his knowledge and experience.