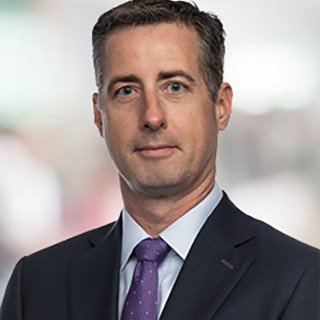 Brian Barr is a shareholder at Levin Papantonio Rafferty. He litigates pharmaceutical, environmental, mass tort and personal injury cases throughout the country. Mr. Barr has been appointed to leadership in many of the largest mass tort cases in the country.

Mr. Barr is presently serving as co-liaison counsel and a member of the Plaintiffs’ Executive Committee in the 3M Combat Arms Earplugs Litigation (MDL 2885) presently pending in the Northern District of Florida before the Honorable Casey Rodgers. The 3M Combat Arms Earplug MDL is the largest MDL in history with over 240,000 pending claims. Mr. Barr recently served as trial counsel in the first bellwether trial in the 3M MDL resulting in a verdict for three plaintiffs in excess of $7 million in both compensatory and punitive damages.

Mr. Barr was also appointed as co-lead counsel by the Honorable Eldon Fallon in In re: Xarelto Products Liability Litigation (MDL 2592) pending in the Eastern District of Louisiana. As part of that litigation, Mr. Barr served as lead trial counsel in three bellwether trials that took place in New Orleans and Philadelphia. After several years of hard fought litigation and multiple trials, Mr. Barr helped to negotiate a $750 million settlement on behalf of more than 20,000 claims pending in both the MDL and in Pennsylvania and California state court.

Prior to serving as co-lead counsel in the Xarelto MDL, Mr. Barr was appointed as a one of four members of the Plaintiffs Executive Committee by the Honorable Carl Barbier in the BP/Deepwater Horizon MDL (MDL 2179) pending in the Eastern District of Louisiana. Mr. Barr was also one of the nineteen members of the Plaintiffs Steering Committee, as well as class counsel for both the Economic and Property Damages Settlement Class and the Medical Class, Mr. Barr has been one of the leaders of the massive BP litigation.