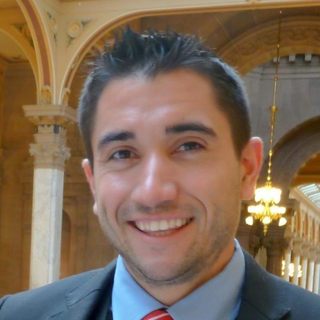 Adam was born in Zionsville, Indiana, and is a proud graduate of Zionsville High School. Adam attended Purdue University on a full academic merit scholarship, graduating in 2006 with a Bachelor of Science degree in Interdisciplinary Engineering. While at Purdue, Adam was president of the Beta Phi chapter of Pi Kappa Alpha fraternity, and was named to the dean’s list seven times. In 2009, Adam graduated cum laude from the Indiana University Maurer School of Law, where he served as managing editor of the Federal Communications Law Journal. His note concerning network neutrality was published in the 2008 edition of the journal. Prior to co-founding Black Clay LLC, Adam worked in the legal departments for the Indiana Department of Environmental Management and the Indiana Family and Social Services Administration. Beginning in 2009, Adam served as a law clerk for the Indiana Solicitor General, Thomas Fisher, assisting with the preparation of filings for cases in front of the Indiana Supreme Court, the Seventh Circuit Court of Appeals and the Supreme Court of the United States. Adam then spent three years as a Deputy Attorney General under current Indiana Attorney General, Greg Zoeller, where he represented many elected and appointed state officials, agencies, and employees in both state and federal court.