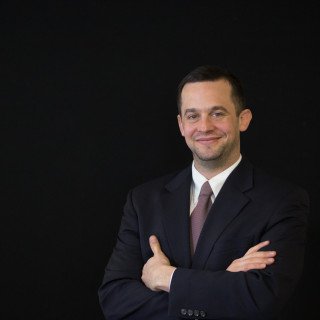 Brett Myers has been practicing law since 2004 in Colorado. Before working in personal injury law, he clerked for District Court Judge Thomas Woodford and was an attorney for the City of Lakewood. He also worked for a firm that had a general practice. In 2012, Brett started practicing personal injury law including motor vehicle accident cases (hit and run, pedestrian, bicycle, trucking, uninsured motorist, underinsured motorist claims etc.), fall down cases, bad faith insurance cases.

He has helped many people from all walks of life in the diverse city of Aurora.

He speaks Korean, Spanish and French and has helped clients who speak those languages.

Outside the office, he volunteers for the Korean Academy of Colorado, a Korean language school; St. Anna's Home, an assisted living home sponsored by the Korean St. Vincent de Paul Sisters of Charity Chapter.

He obtained his law degree from Denver University after studying philosophy at Southwestern University and international political economics at the Colorado School of Mines. He has studied in France and South Korea.