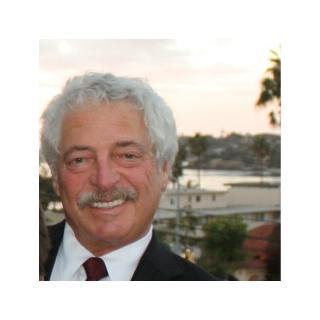 Mr. Simons has been a criminal defense lawyer in Southern California for over 40 years. Mr. Simons has presented his cases and lectured at seminars all over the country including the highly specialized intensive program presented by the National College for DUI Defense on subjects including scientific evidence, legal motions, DMV practice and procedure, and the interstate implications of DUI convictions from across the country. Mr. Simons was selected as the only Orange County "Super Lawyer" for DUI Defense from 2014 thru 2018, This is the (10th) time Mr. Simons has received this peer-reviewed honor and recognition. Mr. Simons was selected as a "Top-Rated DUI Lawyer" by O.C. Metro Magazine from 2010-2015 Mr. Simons was presented with the "Lifetime Achievement Award for DUI Defense" in recognition of his contributions in this highly specialized field of criminal defense by the California DUI Lawyers Association (CDLA) Mr. Simons is the Former Dean and a Founding Member of the National College for DUI Defense Over the last several years, he has successfully challenged the Irvine Police Department's practice of compelling blood tests from DUI arrestees in Nelson v. City of Irvine in the 9th Circuit Federal Court of Appeals. This case established for the first time that an arrestee has a constitutional right to choose a breath test and that police cannot compel a blood test from a driver who wants a breath test except under unusual circumstances. Mr. Simons is a fighter and has successfully taken his client's cases to The United States Supreme Court and the California Supreme Court. Mr. Simons is a Founding Member and current Fellow of the National College of DUI Defense and was a Founding Member of the Board of Directors of the California DUI Lawyers Association (CDLA) and is a "Specialized Member" of CDLA. Mr. Simons is also co-author of California Drunk Driving Law, the Bible of DUI Defense.

If you were arrested for DUI, contact a DUI Defense Lawyer from the Law Office of Barry T. Simons for a free DUI Consultation and Case Evaluation: 888-938-4911

Important information about the Interstate Consequences of a DUI arrest in California for out of state residents.

How to defend a charge of driving while under the influence of drugs presented by The Law Office of Barry T. Simons

How the Horizontal Gaze Nystagmus test can be challenged presented by The Law Office of Barry T. Simons