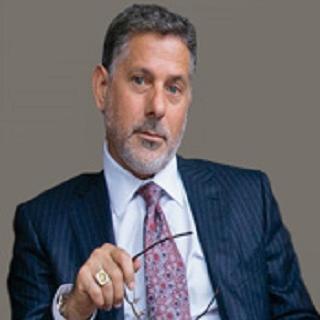 NJ medical malpractice lawyer, Barry R. Eichen, grew up in the middle class neighborhood of South Edison. His father was a manager at an auto parts store and his mother worked part-time while raising five children. After graduating from Edison High School, Mr. Eichen worked at night while attending college to help pay for his education. After graduating from law school, Mr. Eichen opened his own law practice in 1987. Mr. Eichen is one of New Jersey’s most seasoned and well-respected trial lawyers. In 2012-2013 alone, Mr. Eichen tried eight cases resulting in verdicts totaling more than ten million dollars. Mr. Eichen recently represented the Commonwealth of Pennsylvania in 2010, wherein he obtained a $51 Million verdict against Johnson & Johnson for overcharging Medicaid recipients. This verdict lead to a recovery of hundreds of millions of dollars for the Commonwealth of Pennsylvania. In April of 2007, Barry Eichen obtained a verdict against Ford Motor Company for a defective throttle body which resulted in a brachial plexus injury to the right arm of the plaintiff. After a 4 week trial, the jury awarded plaintiff $10,626,479.89. In August of 2005, Mr. Eichen obtained a $19.2 million verdict on behalf of a railroad worker who was diagnosed with pulmonary fibrosis as a result of various railroads’ failure to provide adequate respiratory protection. This was one of the largest FELA verdicts in the Country for pulmonary fibrosis.

Member
New Jersey Super Lawyers
Super Lawyers® is a Thomson Reuters publication rating service of lawyers in more than 70 practice areas who attained a high degree of peer recognition and professional achievement. The annual selections are based upon: statewide survey of lawyers, independent research evaluation of candidates, and peer reviews by practice area. Mr. Eichen received Super Lawyers® recognition in each year from 2007 through 2014. Click here for Super Lawyers selection process.