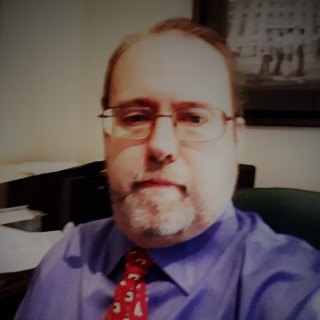 When you need an attorney, you need the experience of the Armstrong Law Center. Allan L. Armstrong is the founder of ALC. Allan has been practicing law since 1988 and is currently admitted to practice in all State and Federal Courts in Alabama. This includes the Alabama Supreme Court and all other courts in the State. Allan is also admitted to practice before all federal district courts in Alabama, the Eleventh Circuit Court of Appeals and the United States Supreme Court.

As a lifelong resident of Birmingham, Alabama, Allan L. Armstrong earned his undergraduate degree from the University of Alabama at Birmingham and his Juris Doctorate degree from Cumberland School of Law at Samford University. Since being admitted to the Bar in 1988, Mr. Armstrong has represented individuals and large and small businesses throughout the nation.

In the mid-1990s, the Mr. Armstrong's practice became more focused on representing clients as plaintiffs and some defendants in commercial disputes. After successfully representing these clients in the commercial and business context, Mr. Armstrong chose to focus his practice in the representation of plaintiffs in civil actions in Alabama and other parts of the United States. In doing so, Mr. Armstrong has represented thousands of class members or putative class members and victim of mass torts in halting abusive and illegal practices. Mr. Armstrong also has a strong presence in employment and civil rights litigation.

Professional Achievement
Strathmore's Who's Who Worldwide
2018

Q. Police told me to call to get car released in the morning and could get but towed instead what can I do?
September 29, 2022
A: If they told you to call the following day, were they telling you to call about release of the vehicle from impound? If so, that will of course require payment of towing, storage, etc. What did they say when you called? Is the vehicle going to be subject to civil asset forfeiture? Is it evidence? Can you get it with payment? It does not appear that you have provided enough information for a meaningful response.

Q. what is the meaning of 8/27/22 8:30 pm pdt "The testing laboratory has confirmed receipt of the specimen."
August 29, 2022
A: Apparently, you took a drug test and the lab now has it for analysis. Do you think it could mean something else?

Q. Does the law allow Repo agent to search a repoed vehicle? What does the law require of guns found in recovered vehicle?
August 26, 2022
A: Normally, an inventory of personal property is taken. The owner should then be allowed to retrieve the property.