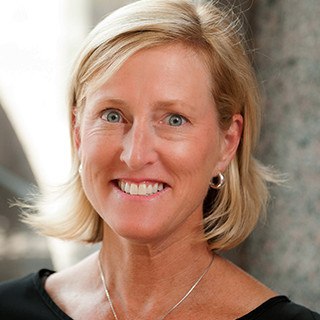 Alice C. Stubbs is a partner in the firm. She joined Tharrington Smith in 2006 after having served for eight years as a Wake County District Court judge. First appointed in 1997 by Governor Jim Hunt, she was elected to the judgeship in 1998 and 2002. During her time on the bench, Ms. Stubbs presided primarily in domestic court. She was certified as a juvenile judge in 2001 and was designated and presided as a family court judge from 2002 until she came to Tharrington Smith.

Ms. Stubbs is a native of New Bern. She graduated from Phillips Academy in Andover, Massachusetts in 1985, from Davidson College in 1989 with a major in economics, attended University College in London, and received her law degree from the University of North Carolina at Chapel Hill in 1992. She then clerked for Chief Judge James B. Wolfe, Jr., of the United States Bankruptcy Court in the Middle District of North Carolina, followed by a litigation practice with Stubbs and Perdue, P.A.
Ms. Stubbs is an AV Preeminent Peer Rating through Martindale-Hubbell, has been listed in Business North Carolina Magazine’s Legal Elite in Family Law consecutively for several years, is listed in Best Lawyers in America and North Carolina Super Lawyers. In 2017, Super Lawyers included Ms. Stubbs in their prestigious Top 50 Women list.

Ms. Stubbs is married to Nigle (“Tex”) Barrow, an attorney who practices state and federal litigation throughout North Carolina, and she has two sons, Buzzy and Davis. Her hobbies include water and snow skiing, reading, traveling, and especially tennis. She currently enjoys playing singles and doubles on USTA league teams, including a 5.0 women’s team, and she played on the winning Carolina Cup team in North Carolina in 2016.

"Balancing Act, The best women lawyers in the state thrive through hard work ? at the office and at home., The Legal Elite
Business North Carolina magazine
2014