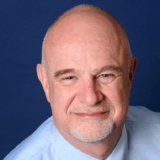 James Edmunson
Corvallis, OR Social Security Disability Lawyer with 37 years of experience
(541) 738-0583 761 NW Harrison Blvd
Corvallis, OR 97330
Social Security Disability and Workers' Comp
Show Preview
View Website View Lawyer Profile Email Lawyer
Mr. Edmunson's legal practice includes workers' compensation and Social Security Disability. He has has practiced law in Eugene since 1983. Before he became an attorney, Jim worked as a daily newspaper reporter, photographer and editor in several Oregon cities. From 1987 to 1994, he served in the Oregon House of Representatives from Lane County. Mr. Edmunson served as Chairman of the Democratic Party of Oregon from 1999 to 2007, and is past chair of the Lane County Planning Commission. He also was a Trustee of the Oregon State Library, and has served on many local and state government commissions. He is... 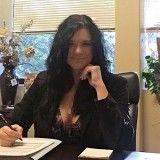 Free ConsultationSocial Security Disability and Personal Injury
Lewis & Clark Law School
Show Preview
View Website View Lawyer Profile Email Lawyer
Lisa Porter, Esq., Managing Partner (admitted in OR and WA) grew up in Southern Oregon. She was raised by a mother with a disability. After years of debilitating symptoms that were progressive, her mother was finally diagnosed with Multiple Sclerosis. After high school, Lisa became a lead paralegal for eight years for a handicapped attorney. From an early age, Lisa understood the day to day struggles of those with disabilities whether at home or in the work place. Because of this, Lisa developed a strong passion for helping those with disabilities. She went on to graduate from Lewis and Clark...

Social Security Disability, Insurance Claims, Personal Injury and Workers' Comp
Lewis & Clark Law School
Show Preview
View Website View Lawyer Profile Email Lawyer
Not everyone needs a lawyer, but everyone should know where they stand. Joe has been helping Oregon and Washington families for twenty five years, and offers free books and guides to give you the information you need, and avoid a fatal mistake. 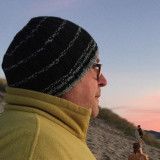 
Free ConsultationSocial Security Disability
Lewis & Clark Law School
Show Preview
View Website View Lawyer Profile Email Lawyer
Small firm law practice specializing in Social Security Disability and SSI , Veterans' Benefits, and related administrative law matters.I put my wealth of experience and sincere compassion for others to work for those who need or would like assistance navigating an administrative law labyrinth. I offer one-on-one interaction with your attorney and a personal commitment to doing everything in my power to assist you to restore your dignity and secure the benefits you deserve. 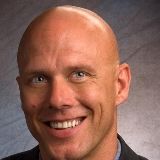 The OneCLE Lawyer Directory contains lawyers who have claimed their profiles and are actively seeking clients. Find more Independence Social Security Disability Lawyers in the Justia Legal Services and Lawyers Directory which includes profiles of more than one million lawyers licensed to practice in the United States, in addition to profiles of legal aid, pro bono and legal service organizations.