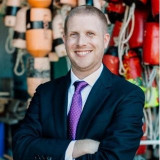 Claimed Lawyer ProfileSocial Media
David Bowen Anderson
Portland, OR Maritime Law Attorney with 49 years of experience
(503) 222-1415 6215 NE 31st Ave.
Portland, OR 97211
Free ConsultationMaritime, Personal Injury and Products Liability
University of Michigan Law School
Show Preview
View Website View Lawyer Profile Email Lawyer
David Anderson has assisted hundreds of seamen and their families to secure fair compensation for injuries at sea, as well as for those who have lost loved ones to sunken vessels. His decades of experience in the admiralty law field have made him a respected name in the industry. As a native of Seattle, Dave spent his childhood on docks and shores. He learned to take the helm of sail and powerboats from an early age, and he has owned a wide variety of vessels. Dave attended Stanford University before earning his J.D. at the University of Michigan School...

Claimed Lawyer ProfileSocial Media
Gordon Carey
Portland, OR Maritime Law Lawyer with 48 years of experience
(503) 222-1415 6215 NE 31st Ave.
Portland, OR 97211
Maritime, Personal Injury and Products Liability
University of Michigan Law School
Show Preview
View Website View Lawyer Profile Email Lawyer
As a maritime lawyer with nearly 40 years of experience, Gordon T. Carey is a veteran of taking on complex and challenging cases. He has fought for clients at both state and federal levels, and has helped a range of mariners, from merchant crew to dockworkers and other seamen. His educational background includes graduating cum laude from University of Michigan with his JD and gaining a license to practice in both Washington and Oregon. He is an member of several organizations in the legal community, including his role as a proctor in the Maritime Law Association. His knowledge of maritime...

Claimed Lawyer ProfileBlawg SearchSocial Media
Douglas Ralph Williams
Portland, OR Maritime Law Lawyer with 18 years of experience
(503) 232-6711 6215 NE 31st Ave.
Portland, OR 97211
Maritime
Florida State University College of Law
Show Preview
View Website View Lawyer Profile Email Lawyer
As a child, Doug Williams spent a good amount of the time when he wasn't in school, on the cruise lines where his father was chief medical officer. These experiences gave him the knowledge and passion he needed to pursue a career in maritime law. After graduating magna cum laude at Florida State University and earning his Juris Doctorate, Doug accepted a position with a leading maritime law firm in Tampa, Florida. Here he handled commercial disputes and the defense of casualty lawsuits. In 2011, Doug and his wife relocated to Seattle, Washington, where Doug...

The OneCLE Lawyer Directory contains lawyers who have claimed their profiles and are actively seeking clients. Find more Klamath Falls Maritime Lawyers in the Justia Legal Services and Lawyers Directory which includes profiles of more than one million lawyers licensed to practice in the United States, in addition to profiles of legal aid, pro bono and legal service organizations.