Legal Malpractice, Personal Injury and Products Liability
Show Preview
View Website View Lawyer Profile Email Lawyer
Randi S. Ellis has been practicing law for over 20 years. Her experience in dispute resolution extends to personal injury, mass torts, pharmaceutical drugs and medical devices, product liability, and other areas of law. She is frequently sought by judges and lawyers for her effective and sophisticated settlement solutions for complex legal matters. Ms. Ellis worked in private practice for various law firms in Louisiana for over 12 years before opening her own practice in Baton Rouge. She is a graduate of Louisiana State University, and has also attended the Harvard Law School Program on Negotiation. 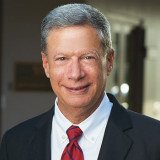 The OneCLE Lawyer Directory contains lawyers who have claimed their profiles and are actively seeking clients. Find more Saint John the Baptist Parish Legal Malpractice Lawyers in the Justia Legal Services and Lawyers Directory which includes profiles of more than one million lawyers licensed to practice in the United States, in addition to profiles of legal aid, pro bono and legal service organizations.