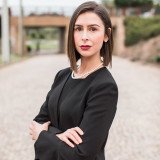 Rachel attended law school at Elon University School of Law, in Greensboro, North Carolina, where she received her Juris Doctor degree in 2017. During law school, Rachel had the opportunity to serve as an intern to the Honorable David J.... 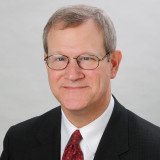 Landlord Tenant, Insurance Claims, Insurance Defense and Personal Injury
Wake Forest University School of Law
Show Preview
View Website View Lawyer Profile Email Lawyer
I have over 33 years experience in civil litigation with an emphasis on Landlord Tenant Law and Insurance law. I've enjoyed practicing law here in Winston-Salem since 1987. I worked for 29 years with a local law firm with a broad general practice before joining a major regional insurance defense firm for almost two years. I am happy to have finally open my own firm in 2018. According to Martindale.com, my peers rate me as having high legal ability with very high ethical standards. I am a member of the North Carolina State Bar, the North Carolina Bar Association,... 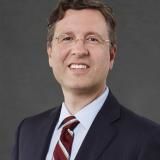 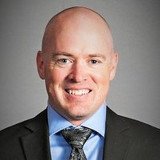 Claimed Lawyer ProfileQ&ASocial MediaResponsive Law
Ben Corcoran
Yadkinville, NC Landlord Tenant Attorney
(336) 677-6000 111 S Jackson Street
PO Box 518
Yadkinville, NC 27055
Free ConsultationLandlord Tenant, Estate Planning, Real Estate and Traffic Tickets
Wake Forest University School of Law
Show Preview
View Website View Lawyer Profile Email Lawyer
I am a local attorney with a focus on real estate, landlord-tenant, and wills and estates. But I can and will take any matter that arises should you need me, if I do not feel comfortable in handling your matter I will do my best to find you a lawyer that is.

I live in Yadkin County and am raising my family here. I have served in the Army for the past 16 years and have deployed to Iraq and Afghanistan during my time in service. After completing my active service I attended UNC-Greensboro and then Wake Forest School of Law,...


Landlord Tenant, DUI & DWI, Real Estate and Traffic Tickets
Charlotte School of Law
Show Preview
View Website View Lawyer Profile Email Lawyer
Andrew was born and raised in Syracuse, NY and moved to Charlotte in 2010 to pursue his legal education. Having grown up with 8 siblings and step-siblings, Andrew has been preparing to be a litigator his entire life.

He attended SUNY Cortland for his undergraduate studies where he majored in Political Science. He went on to law school shortly after where he completed his graduation requirements in two and a half years; a full semester early. While in law school, Andrew was inducted into the Order of the Crown academic honor society, served as the president of the LGBT Legal Society,...

Landlord Tenant, Appeals, Collections and Employment
University of North Carolina - Chapel Hill
Show Preview
View Website View Lawyer Profile Email Lawyer
Trey attended college at the University of North Carolina at Chapel Hill. Focused on attending law school and becoming a litigator, he pursued degrees in philosophy (with a focus on the ethicists) and political science. Despite majoring in two of the more rigorous disciplines, he graduated with Highest Distinction (ranking in the top three percent of (3%) of his class) and was inducted as a member of Phi Beta Kappa. During college he served as a member of Student Congress and the Undergraduate Honor Court. During law school, Trey served on the Attorney General’s Staff for...

Neubia received her undergraduate degree in Communication Studies from the University of North Carolina at Greensboro. She received her law degree from...


Landlord Tenant, Business and Employment
Campbell University
Show Preview
View Website View Lawyer Profile Email Lawyer
Ashley is a 2010 graduate of the University of North Carolina at Chapel Hill where she earned, with distinction, a double B.A. in English Literature and Interpersonal Organizational Communication Studies. Following her time as a Tarheel, Ashley attended Campbell University School of Law where she earned her Juris Doctor in 2013. In 2015, she founded Felton Banks, PLLC with fellow Campbell Law alum, Adam Banks. Ashley focuses her practice on small business and employment law. She has represented clients for these matters as both plaintiff and defendant and has experience dealing with the EEOC and other... 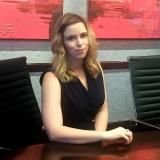 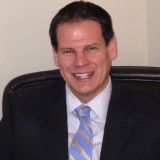 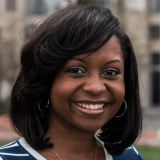 Claimed Lawyer ProfileSocial Media
Shawntae R Crews
Charlotte, NC Landlord Tenant Lawyer with 5 years of experience
(704) 559-9745 725 E. Trade Street
Suite 200
Charlotte, NC 28202
Landlord Tenant, Family, Personal Injury and Traffic Tickets
Charlotte School of Law
Show Preview
View Website View Lawyer Profile Email Lawyer
If there is one word to describe Shawntae Crews, it would be “fighter”. She will fight for her clients; utilizing her resources to achieve the most favorable outcome possible. On her journey to become an attorney, she has had to face several obstacles. She did not back down from any of them. She pulled herself up by her bootstraps and fought until she accomplished her goals. As an attorney, Ms. Crews now channels all that energy into representing her clients whether in court or at the negotiation table. She is a fierce advocate and will represent her clients with grace,... 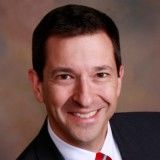 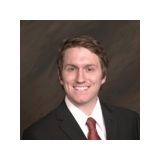 Landlord Tenant, Business, Collections and Foreclosure Defense
Wake Forest University School of Law
Show Preview
View Website View Lawyer Profile Email Lawyer
Chase is a native of Murphy, North Carolina and loves practicing in the Appalachian mountains. Chase has focused his work in trial advocacy, and spends a great deal of time on contracts, construction law, foreclosures, and other civil disputes. He has a talent for drafting contracts and leases, and he represents his clients in any litigation over those contracts and leases. At Wake Forest School of Law, Chase was the treasurer of the Public Interest Law Organization and an active member of the Inn of Court, a national ethics-based organization. Chase is a member of First Baptist... 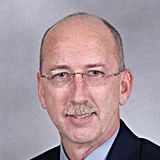 Claimed Lawyer ProfileQ&A
Philip J. Clarke III
Morehead City, NC Landlord Tenant Lawyer with 20 years of experience
(252) 222-5252 534 North 35th Street, Unit I
Morehead City, NC 28557
Free ConsultationLandlord Tenant, Consumer, Criminal Defense and DUI & DWI
Campbell Law School
Show Preview
View Website View Lawyer Profile Email Lawyer
Our legal system is one of the best in the world, if not the best, but you won't likely feel that way if you ever find yourself charged with a crime or in some legal difficulty. It can be terribly frustrating, disappointing and confusing. It helps to have someone in your corner you can trust to navigate for you. The experience I have gained over the last 15 years in practice, trying cases and negotiating non-trial dispositions with state prosecutors, has equipped me to handle most any state criminal law problem you might have, from traffic...

The OneCLE Lawyer Directory contains lawyers who have claimed their profiles and are actively seeking clients. Find more Gibsonville Landlord Tenant Lawyers in the Justia Legal Services and Lawyers Directory which includes profiles of more than one million lawyers licensed to practice in the United States, in addition to profiles of legal aid, pro bono and legal service organizations.