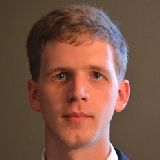 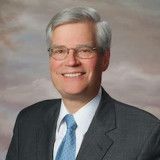 Claimed Lawyer ProfileSocial Media
Miguel Palmeiro
Arlington, VA Insurance Claims Lawyer with 10 years of experience
(703) 522-2427 3300 Fairfax Dr
Suite 222
Arlington, VA 22201
Free ConsultationInsurance Claims, Immigration, Medical Malpractice and Personal Injury
University of Maryland Francis King Carey School of Law
Show Preview
View Website View Lawyer Profile Email Lawyer
Mr. Miguel Palmeiro is a Plaintiffs Trial attorney in DC and Maryland. He has recently been selected as a Top Personal Injury Lawyer under 40. He manages a firm that takes pride in working closely with clients like you to help you get the personalized justice they deserve. The son of immigrants, Mr. Palmeiro grew up in the DC Metro area. In 2006, He entered law school as a Leadership Scholar and became involved in trial advocacy classes and civil litigation as a member of Maryland's National Trial Team. Upon graduation in 2009 Mr. Palmeiro began litigating personal... 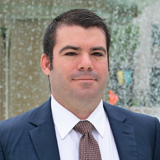 I also help persons who are injured by negligent motorists who do not have automobile insurance. (Uninsured Claims)

Insurance Claims, Maritime, Personal Injury and Workers' Comp
Lafayette College and Lafayette College
Show Preview
View Website View Lawyer Profile Email Lawyer
When you speak with Ben for even a few minutes, it’s impossible to ignore his energy. His enthusiasm comes both from his roles as Attorney, Chief Executive Officer, and Owner at CHASENBOSCOLO, and, more importantly, his passion for people. When it comes to his clients, he is a trial lawyer whose sole focus is on fighting for his client’s rights. Ben cannot tolerate a world where working men and women are not treated fairly by the legal system. Ben and the CHASENBOSCOLO team believe in better. They work tirelessly to hold wrongdoers accountable and help their clients overcome troubles.

Free ConsultationInsurance Claims, Medical Malpractice, Nursing Home and Personal Injury
University of Richmond School of Law
Show Preview
View Website View Lawyer Profile Email Lawyer
Kendall is a Virginia native and received his undergraduate degree in economics from the University of Virginia in 1981, and his law degree from the University of Richmond in 1984. A veteran of the United States Marine Corps, David Kendall has been in private practice since 1988, when he joined a Charlottesville personal injury firm. He soon became a partner and practiced there for 21 years, before forming the Kendall Law Firm in 2009. 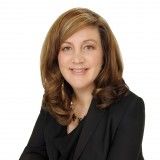 Named by Super Lawyers as a Rising Star, Christie has tried bench and jury trials in criminal and civil matters ranging from traffic offenses to serious criminal offenses and complex personal injury and medical malpractice cases. While at Greenspun, Shapiro, Davis & Leary, P.C., along with her former partners Peter Greenspun and Jonathan Shapiro,... 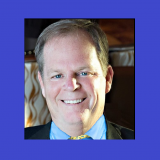 
Free ConsultationInsurance Claims, Elder, Estate Planning and Personal Injury
The Catholic University of America Columbus School of Law
Show Preview
View Lawyer Profile Email Lawyer
In total, I spent 35 years in the insurance industry, handling liability claims. Prior to attending law school, I worked as an insurance adjuster and in claims management at GEICO. My positions allowed me the opportunity to learn a great deal about insurance company claims operations and the difficulties that large insurance companies face as well as the biggest hurdles for people who need to make claims. My work led me to attend law school while continuing my career in insurance. Following my graduation, I moved into the position of attorney with the company. Since that time, I have defended... 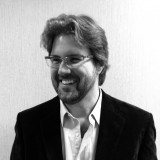 Claimed Lawyer ProfileSocial Media
Andrew K Thomas
Warrenton, VA Insurance Claims Attorney with 24 years of experience
(888) 907-2631 28 Blackwell Park Lane
Suite 104
Warrenton, VA 20186
Free ConsultationInsurance Claims, Insurance Defense, Personal Injury and Workers' Comp
George Mason University
Show Preview
View Website View Lawyer Profile Email Lawyer
I've been a partner at Dulaney, Lauer & Thomas since 1999. I work with and exclusively represent clients fighting for their rights against insurance companies and other corporate entities. Throughout the course of my career, I have litigated hundreds of injury cases in Virginia and in the Federal Courts. When I'm not in the office or courtroom, I'm an active community member and proud husband and father.

Claimed Lawyer Profile
Manuel Rivera Esq.
Arlington, VA Insurance Claims Lawyer with 27 years of experience
(703) 807-2003 Washington, DC / Maryland
4 Blocks from metro
Arlington, VA 22209
Insurance Claims, Criminal Defense, DUI & DWI and Immigration
Show Preview
View Website View Lawyer Profile Email Lawyer
Manuel Rivera & Assciates, P.C. is based in virginia and serves the Washington D.C. Metro area, including Maryland and Virginia and anywhere in the United States and PUerto Rico. The l;egal professionals at Manuel Rivera & Associates, P.C. are available to travel to other countries for interviewing and Visa Porcessing At U.S. Consulates and Embassies. The majority of the firm's practice focuses on Immigration law and it is well versed in all of the most important issues that arise in the burgeoning field of law. Because the firm has a broad range of expertise in many areas of law, it... 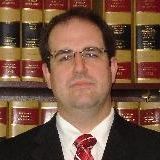 Claimed Lawyer Profile
Brandon Thomas Bybee
Norfolk, VA Insurance Claims Attorney with 3 years of experience
(757) 568-0090 P.O. Box 9528
Norfolk, VA 23505
Insurance Claims, Employment, Personal Injury and Workers' Comp
University of Richmond School of Law
Show Preview
View Website View Lawyer Profile Email Lawyer
Brandon is a lifelong Virginian who grew to love Hampton Roads during his time at Christopher Newport University. After graduating from "CNU," Brandon attended law school at the University of Richmond. There, he served as the Editor-in-Chief of the Journal of Law & Technology as well as the President of the Moot Court Board. During law school Brandon interned at a large civil defense firm in Norfolk. After graduating Brandon worked briefly as an Associate there before deciding that he could better help the community by working for Employees, Plaintiffs, and Small Businesses. 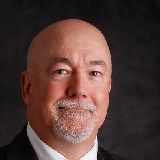 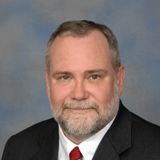 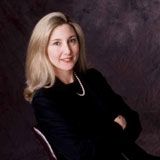 Claimed Lawyer ProfileSocial Media
Bettina Charisse Altizer Esq
Roanoke, VA Insurance Claims Attorney with 32 years of experience
(540) 345-2000 324 Washington Ave SW
Roanoke, VA 24016
Free ConsultationInsurance Claims, Medical Malpractice, Nursing Home and Personal Injury
University of Virginia School of Law
Show Preview
View Website View Lawyer Profile Email Lawyer
Roanoke, Virginia, Personal Injury Lawyer: Ms. Bettina C. Altizer (Partner) was born in Uniontown, Pennsylvania. At the ripe age of three, she decided that she wanted to be a lawyer and that desire never wavered. Bettina moved to the Roanoke Valley with her family in 1973 and graduated with high distinction from the University of Virginia in 1985 with a B.A. in American Government. Bettina graduated from the University of Virginia School of Law in 1988. began practicing with her father, Jack Altizer, in 1991 and they formed the Roanoke injury firm of Altizer & Altizer in Roanoke, VA....

The OneCLE Lawyer Directory contains lawyers who have claimed their profiles and are actively seeking clients. Find more Henrico Insurance Claims Lawyers in the Justia Legal Services and Lawyers Directory which includes profiles of more than one million lawyers licensed to practice in the United States, in addition to profiles of legal aid, pro bono and legal service organizations.