Claimed Lawyer Profile
Magalie Arcure
North Charleston, SC Immigration Law Attorney with 10 years of experience
(843) 577-5460 3955 Faber Place Drive
North Charleston, SC 29405
Immigration, Business and International
Charleston School of Law
Show Preview
View Website View Lawyer Profile
Ms. Arcure is the Finkel Law Firm's newest associate, and settled in Charleston in 2007 after attending Georgetown University. As a dual citizen of the US and France, she grew up in New Hampshire and spent significant time with her extended family in the south of France. She attended Phillips Exeter Academy, and later in her undergraduate studies focused on Spanish, Russian, French, and Linguistics. She is fluent in French and Spanish. Ms. Arcure practices in the Firm's Civil Litigation Department, with a primary focus in Immigration Law.

Claimed Lawyer ProfileSocial Media
David Vyborny
Charleston, SC Immigration Law Attorney
(843) 804-4844 174 East Bay St.
Suite 302
Charleston, SC 29401
Free ConsultationImmigration
University of Richmond School of Law
Show Preview
View Website View Lawyer Profile Email Lawyer
David Vyborny concentrates his practice exclusively in Federal Immigration Law, and is licensed through Virginia to represent clients in immigration matters in all 50 U.S. states. He handles visas for Businesses, Families, Investors, and Visitors. Having been born abroad, David has personal experience with the U.S. immigration process, and understands the importance of providing clear, professional, effective counseling to those who wish to live, work, or visit the United States. David employs his business background to assist global businesses of all sizes with all aspects of expansion to the United States, including visas for executives and employees, and business...

Claimed Lawyer ProfileQ&A
Lawrence M. Kasen
Summerville, SC Immigration Law Attorney with 42 years of experience
(888) 370-5810 210 South Cedar Street
Suite 2
Summerville, SC 29483
Immigration, Business and Criminal Defense
Howard University School of Law and University of New Mexico
Show Preview
View Website View Lawyer Profile Email Lawyer
Growing up in Newark, New Jersey, I witnessed first hand the disparate treatment of individuals based on their country of origin, race and station in life. Even before becoming an attorney, I wanted to ensure that the civil rights afforded under the United States Constitution to individuals and business entities were equally and readily available. In furtherance of this objective, I went to Rutgers University in New Brunswick, NJ and studied the history, religion, languages and culture of many Native American peoples throughout North America as well as cultural anthropology. Realizing that the study of law would further my...

Her full bio may be viewed on the firm website:
https://barnwell-whaley.com/attorneys/anna-strandberg/ 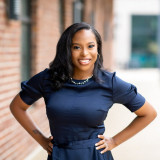 Divorce, Family and Personal Injury
Charleston School of Law
Show Preview
View Website View Lawyer Profile Email Lawyer
At Brittany Holmes Law, we do law differently. Our mission is to do more than practice law. We strive to become the law firm that your family can turn to repeatedly for personalized and effective representation. We'll work hard to give you the legal voice that you need to get through the challenging times in your life. We take pride in making sure that families remain together and when that's not possible, coming up with the best course of action to move you forward. We work for you so that you can place your focus elsewhere.

Aside from being widely applauded...

I am a full-time immigration lawyer. I handle only immigration cases. Over many years, I have helped thousands of people, many with challenging cases. And I'd like to help you to achieve your goal, so you or a family member can get permission to live in the United States, or become a citizen. Or perhaps, I can help you find a "visa solution" to help you live your dream of...

Immigration, Personal Injury and Workers' Comp
Mercer University Walter F. George School of Law
Show Preview
View Website View Lawyer Profile Email Lawyer
We handle workers' compensation and serious personal injury claims throughout South Carolina. We also handle Immigration matters. Over the past 23 years, we have attended hundreds of hearings obtaining necessary medical treatment and other benefits for our clients, and recovering millions of dollars on their behalf. We have extensive experience with brain injury, spinal cord injury and other complex claims. We have helped many clients with Deferred Action, fiance' visas, work authorizations, and other family-based immigration issues. We have a Spanish-speaking paralegal on staff. Numerous lawyer rating services have given us the highest ratings,...

Claimed Lawyer ProfileSocial Media
Tonisha Gilliard
Fort Mill, SC Immigration Law Attorney with 18 years of experience
(843) 308-0828 2012 West Highway 160
Fort Mill, SC 29708
Immigration
University of Maryland Francis King Carey School of Law
Show Preview
View Website View Lawyer Profile Email Lawyer
Attorney Gilliard is Certified with North Carolina Superior Court as a Mediator. Attorney Gilliard has been in private practice for over a decade! Her office handles Family and business immigration matters in South Carolina and North Carolina. She has worked within the Immigration arena since 1998 working as a Paralegal assistant at a prestigious business immigration firm in New York who represented the then Big 6 accounting firms and major IT companies with H-1B visa and Employment based Permanent Residency. She also interned with the Baltimore-Immigration Court under Immigration Judge Gossart (retired) drafting decisions and opinions...

Claimed Lawyer ProfileSocial Media
Laura Enright Martin
Greenville, SC Immigration Law Attorney with 30 years of experience
(864) 271-1822 1415 Augusta Street
Greenville, SC 29605
Immigration
Mercer University Walter F. George School of Law
Show Preview
View Website View Lawyer Profile Email Lawyer
Our firm handles immigration, workers' compensation and serious personal injury claims throughout South Carolina. Over the past 25 years, we have helped many clients with Deferred Action, fiance' visas, work authorizations, and other family-based immigration issues. We have a Spanish-speaking paralegal on staff. Numerous lawyer rating services have given us the highest ratings, but it is our clients' satisfaction that we prize most.

Claimed Lawyer ProfileQ&ASocial MediaResponsive Law
Ina Shtukar
ROCK HILL, SC Immigration Law Attorney with 3 years of experience
(704) 309-0992 1687 SAYBROOK CT.
ROCK HILL, SC 29732
Free ConsultationImmigration, Employment and Workers' Comp
North Carolina Central University School of Law
Show Preview
View Website View Lawyer Profile Email Lawyer
Born and raised in Belarus, Ina immigrated to the United States after her parents received a political asylum and relocated to North Carolina over 20 years ago. A straight "A" student, she earned her Bachelor's of Science Degree in Psychology in three languages, along with a license in counseling and a certificate in interpreting German and English from European Humanitarian University, which was shut down by the totalitarian government right after she graduated with highest honors. Ina comes from a country that is unfortunately famous for its longest presidency in mankind (over 30 years), and her parents were victims of...

Claimed Lawyer ProfileSocial Media
Daniel Christmann
Greenville, SC Immigration Law Lawyer with 11 years of experience
(864) 236-4080 304 Pettigru Street
Greenville, SC 29601
Free ConsultationImmigration
Charlotte School of law and University of Munich
Show Preview
View Website View Lawyer Profile Email Lawyer
Daniel Christmann is an Immigration Lawyer in Charlotte NC and the owner of Christmann Legal Immigration Law. His international personal and professional background inspired him to implement a unique cosmopolitan approach to the practice of law. Mr. Christmann is dually trained and licensed both in Europe and the United States and fluently speaks both English and German. He has worked in government and corporate settings as well as private practice. His professional experience has taught him to analyze cases from all angles and produce honest work in an efficient manner. Mr. Christmann started his legal career in Germany, where he...

I earned my Juris Doctor from City University of New York School of Law and my B.A. in Modern Languages from the University of Puerto Rico in Rio Piedras, PR.

I am fluent in Spanish and am a member in good standing of...

The OneCLE Lawyer Directory contains lawyers who have claimed their profiles and are actively seeking clients. Find more Hanahan Immigration Lawyers in the Justia Legal Services and Lawyers Directory which includes profiles of more than one million lawyers licensed to practice in the United States, in addition to profiles of legal aid, pro bono and legal service organizations.