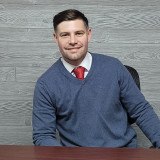 Claimed Lawyer Profile
David Kaplan
Philadelphia, PA Immigration Law Lawyer with 26 years of experience
(267) 606-6603 120 Church Street
Philadelphia, PA 19106
Immigration
Temple University Beasley School of Law
Show Preview
View Website View Lawyer Profile
David Kaplan is himself a naturalized citizen of the United States. He was born in Bogota, Colombia. Having experienced the naturalization process first hand, his desire to serve those that want to start a life in the United States stems from a genuine understanding of what this change means for his clients. He knows the difficulties that foreigner’s face going through this process, or guiding loved ones through it to join them. Mr. Kaplan has committed his career to making immigration as accessible as possible for his many clients.

Mr. Kaplan graduated from Temple University School of Law in 1994. He... 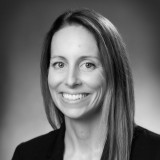 Claimed Lawyer Profile
Daniel A. Pallen
Media, PA Immigration Law Lawyer
(610) 566-1006 102 E. State Street
Media, PA 19063
Immigration, Bankruptcy, Employment and Family
Show Preview
View Website View Lawyer Profile Email Lawyer
Daniel A. Pallen, Esq., graduated from Boston College in 2002. Prior to attending law school at the Dickinson School of Law, he earned a Masters Degree from American University in Washington, DC. He earned his law degree from the Dickinson School of Law of the Pennsylvania State University in 2007 and became a member of the Pennsylvania Bar in the same year. Prior to joining The Benari Law Firm, Mr. Pallen formerly practiced civil litigation an associate with a insurance defense litigation firm in Blue Bell, PA. Prior thereto, Mr. Pallen had practiced law as a Public Defender in the...

IMMIGRATION LAW - We are immigrants who know all too well what it is like coming into a new country, trying to fit in, navigating the overly complicated immigration processes, translating for our parents, watching our parents overpay for incompetent legal servies, and living life in a whole new world.

We understand what you are going through and we are here to help.

Claimed Lawyer ProfileSocial Media
Rosina C Stambaugh
York, PA Immigration Law Lawyer with 7 years of experience
(717) 900-1818 2951 Whiteford Road
Suite101
York, PA 17402
Immigration
Widener University Commonwealth Law School
Show Preview
View Website View Lawyer Profile Email Lawyer
Rosina C. Stambaugh, Esq.
Experienced York Immigration Attorney
Before she started The Law Office of Rosina C. Stambaugh, Rosina was an associate at The Law Office of Christopher A. Ferro, LLC where she handled the firm’s immigration services. She also was responsible for handling a variety of criminal cases, many of which included complex immigration issues. Rosina focuses her practice on removal defense in the detained and non-detained settings.
Proven Immigration Practice in York
She has extensive experience with all forms of relief from removal, and she has successfully litigated cases in different Immigration Courts throughout the U.S. and the Board of Immigration...

For six years I worked for Reza Athari & Associates, an immigration and general practice firm in Las Vegas, Nevada where I gained a vast amount of experience in writing briefs, motions and letters. I was promoted to supervising attorney and gained responsibility of five paralegals and a legal assistant. At this position, reviewed their work product, mentored and trained these six individuals as well as new attorneys that joined the firm.

Immigration, Criminal Defense, DUI & DWI and Domestic Violence
Dickinson School of Law
Show Preview
View Website View Lawyer Profile Email Lawyer
Attorney Helen Stolinas has been practicing in the field of criminal defense and trying cases for over 25 years. She has represented thousands of individuals in matters ranging in seriousness from summary and misdemeanor offenses, up to and including capital homicides.

Helen began her career in the Bradford County Office of the Public Defender, first as Assistant and eventually being promoted to Chief of that office. Helen became involved with the Public Defender’s Association of Pennsylvania, and served as President of that organization.

In January, 2016, Helen joined The Mazza Law Group, where she continues to practice Criminal Defense, as...

Free ConsultationImmigration, Criminal Defense, DUI & DWI and Estate Planning
Duquesne University
Show Preview
View Lawyer Profile
Attorney Jeffrey Weinberg is a native Pittsburgher who has successfully defended clients in front of judges and juries in multiple counties across Western Pennsylvania and in Federal Court. He attended law school at Duquesne University where upon graduation he was admitted to practice in Pennsylvania as well as all Federal Courts and the U.S. Supreme Court.

He has been in practice for 37 years.


Immigration and Products Liability
Show Preview
View Lawyer Profile Email Lawyer
Attorney Richard Thiele received his Bachelor’s Degree from Washington and Jefferson College and received his Doctoral Degree in Law from John Marshall Law School where he graduated Magna Cum Laude. Attorney Thiele is admitted to practice law in Pennsylvania, West Virginia, District of Columbia, and Georgia. Attorney Thiele’s passion for the law and pursuit of legal justice for his clients over the years has resulted in a winning record that has cultivated continued representation, referrals and long lasting relationships from both his corporate and his individual clients alike. Attorney Thiele’s methodology is that every client should be treated as...

The OneCLE Lawyer Directory contains lawyers who have claimed their profiles and are actively seeking clients. Find more Langhorne Immigration Lawyers in the Justia Legal Services and Lawyers Directory which includes profiles of more than one million lawyers licensed to practice in the United States, in addition to profiles of legal aid, pro bono and legal service organizations.