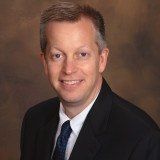 Claimed Lawyer ProfileQ&ASocial Media
John Mario Acosta Jr.
Porter County, IN Immigration Lawyer with 6 years of experience
(219) 228-8899 205 East Jefferson Street
Valparaiso, IN 46383
Free ConsultationImmigration, DUI & DWI, Divorce and Family
Valparaiso University School of Law
Show Preview
View Website View Lawyer Profile Email Lawyer
John M. Acosta Jr. was born and raised in Southern California. In July 1996, he enlisted in the United States Army. He served as a Military Police Officer for almost two years, with his remaining three years as a Military Police K-9 Officer, at various military installations and was honorably discharged. In 2001, he pursued a career in law enforcement. He spent almost twelve years with various Police and Sheriff’s Offices throughout the State of Georgia. During that time, he worked as a patrol officer and was eventually promoted to the rank of Sergeant. As a U.S. Army Military Police... 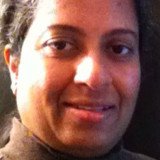 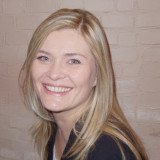 Free ConsultationImmigration
University of Kentucky College of Law
Show Preview
View Lawyer Profile Email Lawyer
Over twelve years of immigration attorney experience in the areas of individual, family, and employment based immigration. After working in a large, high-volume law firm, I seek to provide personalized immigration assistance with a focus on customer-service. 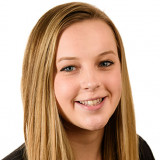 Claimed Lawyer ProfileSocial Media
Heidee Prosser
Marion County, IN Immigration Lawyer with 1 year of experience
(314) 560-4777 432 S Emerson Ave Ste 220
Indianapolis, IN 46219
Immigration
Show Preview
View Website View Lawyer Profile Email Lawyer
Heidee Prosser is an Associate Immigration Attorney working with the firm at our Indianapolis office. She has been working in immigration law at different leading immigration law firms since 2017 and joined the Law Offices of Vivek Malik in early 2020. She has assisted in all aspects of immigration law, including business, family, asylum, DACA, U-Visas, and removal defense work. She has processed and filed applications, petitions, appeals, and motions with the United States Citizenship and Immigration Services (USCIS), the United States Department of State (DOS) and the United States Department of Labor (DOL).

The OneCLE Lawyer Directory contains lawyers who have claimed their profiles and are actively seeking clients. Find more Floyd County Immigration Lawyers in the Justia Legal Services and Lawyers Directory which includes profiles of more than one million lawyers licensed to practice in the United States, in addition to profiles of legal aid, pro bono and legal service organizations.