Claimed Lawyer Profile
M. Shawn Cardwell
Memphis, TN Foreclosure Defense Attorney with 13 years experience
(901) 590-2431 PO Box 613171
Memphis, TN 38101
Free ConsultationForeclosure Defense, Collections, Personal Injury and Real Estate
University of New Mexico
Show Preview
View Website View Lawyer Profile Email Lawyer
Before establishing his career as a lawyer, Mr. Cardwell served his country and is a 20-year retired veteran of the United States Marine Corps. Following his retirement from the Marines, Mr. Cardwell graduated from the University of New Mexico School of Law in 2006, and practiced law in Alaska before relocating to the great state of Tennessee. Mr. Cardwell is licensed to practice in all state and appellate courts in Tennessee, and the United States District Court for the Western District of Tennessee, and the United States Sixth Circuit Court of Appeals. Mr. Cardwell concentrates his practice... 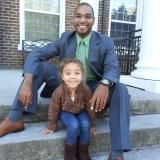 The OneCLE Lawyer Directory contains lawyers who have claimed their profiles and are actively seeking clients. Find more Savannah, Tennessee Foreclosure Defense Lawyers in the Justia Legal Services and Lawyers Directory which includes profiles of more than one million lawyers licensed to practice in the United States, in addition to profiles of legal aid, pro bono and legal service organizations.