Free ConsultationFamily, Divorce, Domestic Violence and Personal Injury
University of the Pacific, McGeorge School of Law
Show Preview
View Website View Lawyer Profile Email Lawyer
Lee Hotchkin is one of the most experienced lawyers in Reno area. With over thirty-eight years of experience, he is among the regions most seasoned lawyers, with an array of experience across a wide spectrum of practice areas. Lee attended both the University of California at Davis and The University of the Pacific’s McGeorge School of Law, where he earned his J D. (Juris Doctor) degree in 1980. He is an active member of both the Nevada and California State Bar Associations. His legal experience includes acting as the former Senior Chief Trial Deputy of Washoe County Public Defender's...

Free ConsultationFamily, Criminal Defense, DUI & DWI and Divorce
University of the Pacific, McGeorge School of Law
Show Preview
View Website View Lawyer Profile Email Lawyer
RETAIN A FORMER POLICE OFFICER FOR YOUR DEFENSE After you have been charged with a crime, it is vital to retain a criminal defense attorney who has the experience and skill to fight your charges. Defending your case in the strongest possible way is critical to your freedom and your future. Your lawyer should have a thorough understanding of both defense and prosecution and should know exactly what a police officer can and cannot do when making an arrest. At Wolfe Law, Attorney Paul R. Wolfe brings experience unmatched by the vast majority...

Claimed Lawyer Profile
Roger R Harada
Washoe County, NV Family Law Attorney with 27 years of experience
(775) 787-7200 475 S. Arlington Ave., Suite 1A
Reno, NV 89501
Family, Arbitration & Mediation, Divorce and Personal Injury
Arizona State University
Show Preview
View Website View Lawyer Profile
At the Law Office of Roger R. Harada, we are dedicated to providing the highest level of legal services to its clients through a commitment to the following three principles: honest and candid communications; a constant and never-ending pursuit of increased professional knowledge and skill; and, hard work and determination. My goal in every matter for which I am retained is to help my clients resolve their legal problems in the most efficient and expedient manner possible while diligently protecting my client's best interests at all times.

Claimed Lawyer ProfileSocial Media
Kathleen B. Kelly
Douglas County, NV Family Law Attorney with 36 years of experience
(775) 782-6988 1618 Highway 395 Unit C
Minden, NV 89423
Family
Pepperdine University School of Law
Show Preview
View Website View Lawyer Profile Email Lawyer
My Practice is devoted to helping you obtain results at one of the most difficult times in your life. I will personally provide you with the prompt legal answers and guidance you need to understand the legal process and obtain a favorable outcome. As a family law attorney, I handle divorces, custody issues, child and spousal support, guardianships, adoptions and restraining orders. I have litigated cases for more than 24 years in California and Nevada.

Claimed Lawyer ProfileQ&ASocial MediaResponsive Law
Bonnie M Lonardo
Clark County, NV Family Law Attorney with 18 years of experience
(702) 998-1188 6069 South Fort Apache Road, Suite 100
Las Vegas, NV 89148
Family, Bankruptcy, Divorce and Foreclosure Defense
UNLV William S. Boyd School of Law
Show Preview
View Website View Lawyer Profile Email Lawyer
Bonnie Lonardo is the owner and founder of LJ Law, a full-service Divorce and Family Law firm based in Las Vegas, Nevada. Bonnie began her career as an attorney practicing in well-established multi-practice law firms, but saw owning her own firm as an opportunity to connect with her clients on a more personal level; to truly understand the emotion involved in each and every case, and to be able to best represent the core interests of her clients. Since opening LJ Law, Bonnie has been able to do just that for thousands of families throughout the Las Vegas Metro Area....

Claimed Lawyer ProfileQ&ASocial Media
Janice Jacovino
Clark County, NV Family Law Attorney with 12 years of experience
(702) 776-7179 6069 S Fort Apache Rd.
Suite 100
Las Vegas, NV 89148
Free ConsultationFamily, Bankruptcy and Divorce
UNLV William S. Boyd School of Law
Show Preview
View Website View Lawyer Profile Email Lawyer
I am the founder of the Jacovino Law Office. Jacovino Law Office is located in Las Vegas, Nevada. Our clients and their legal issues are given individual, personal attention. Mediation and Litigation experience so our clients receive both agreement and collaborative focused attention and also adversarial and strategic trial preparation if a resolution is reached. I attended the University of Nevada, Las Vegas and obtained a Bachelor’s Degree with honors in Psychology. I graduated with a Juris Doctorate from the William S. Boyd School of Law at the University of Nevada, Las Vegas...

Claimed Lawyer ProfileSocial Media
Stacy Rocheleau
Clark County, NV Family Law Lawyer with 20 years of experience
(702) 906-2151 1180 North Town Center Drive, Suite 100
Las Vegas, NV 89144
Family and Divorce
University of San Diego
Show Preview
View Website View Lawyer Profile Email Lawyer
Stacy Rocheleau graduated from Whittier College with a degree in Business and earned Juris Doctorate degree from the University of San Diego. Stacy is a member in good standing with the State Bar of Nevada and is admitted to practice before all District Courts in the State of Nevada, the U.S. Federal District Court, and the 9th Circuit Court of Appeals. Stacy has been practicing divorce and family law for almost 14 years. She has served as a truancy judge and a pro-tem judge for domestic violence and discovery. Stacy is a member of the Family...

Family, DUI & DWI, Employment and Personal Injury
Tulane University School of Law
Show Preview
View Website View Lawyer Profile
Mr. Gabroy graduated from Tulane University Law School in May of 2016. Mr. Gabroy brings with him an array of prior expertise from his time working in both Louisiana and Nevada. As a first year law student, Mr. Gabroy clerked for Malcolm P. LaVergne & Associates and thereafter for the Nevada Attorney General’s Office. 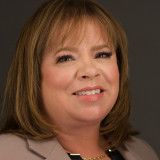 Free ConsultationFamily and Divorce
UNLV William S. Boyd School of Law
Show Preview
View Website View Lawyer Profile Email Lawyer
Patricia has devoted 30 years of service to the legal community, the last five as a licensed attorney in Las Vegas, Nevada. Having grown through the ranks of everything from runner to paralegal to law clerk to attorney, Patricia knows what customer service and that each client deserves efficient communication and friendly service. Patricia is interested in making a difference in her community and serving the needs of those. Patricia communicates effectively with her clients and returns every client phone call personally. If you are looking for an assertive, passionate, creative attorney who listens to... 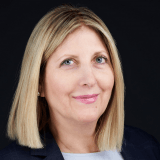 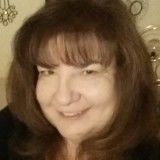 Family, Arbitration & Mediation and Estate Planning
UNLV William S. Boyd School of Law
Show Preview
View Website View Lawyer Profile Email Lawyer
Patricia is a licensed attorney and Advanced Practitioner Member of the Association for Conflict Resolution ("ACR"). She is the only attorney in the State of Nevada to achieve the Advanced Practitioner Member status with ACR. Patricia has been a practicing mediator since 1986. At the present, Patricia's practice is solely focused on settlement conferences, assisting in uncontested divorce matters, and preparation of family wills, trusts and estate planning documents. 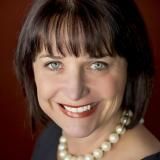 Family and Divorce
Pepperdine University School of Law
Show Preview
View Website View Lawyer Profile Email Lawyer
Attorney Jennifer V. Abrams is Certified by the State Bar of Nevada as a Family Law Specialist and has been admitted to the American Academy of Matrimonial Lawyers (AAML). She is one of only eleven Las Vegas divorce attorneys in the State of Nevada that has been accepted into this prestigious organization.

Family, Appeals, Divorce and Domestic Violence
Georgetown University Law Center
Show Preview
View Website View Lawyer Profile Email Lawyer
WILLICK LAW GROUP is a Family Law firm in Las Vegas, NV. Founded in 1985, the firm has dedicated itself exclusively to the field of Family Law for nearly three decades, and is located across the street from the Family Court building, at Pecos and Bonanza. The firm practices at the trial court level in State and Federal Courts, and in appeals to the Nevada Supreme Court and the Federal Appellate Courts. The Willick Law Group has well earned a reputation for meticulous and comprehensive legal writing, as well as diligent and zealous advocacy in both trial and appellate courts, and...

The OneCLE Lawyer Directory contains lawyers who have claimed their profiles and are actively seeking clients. Find more Washoe County Family Lawyers in the Justia Legal Services and Lawyers Directory which includes profiles of more than one million lawyers licensed to practice in the United States, in addition to profiles of legal aid, pro bono and legal service organizations.