Claimed Lawyer ProfileBlawgsearchSocial Media
Jamie Cogburn
Clark County, NV Consumer Law Attorney with 16 years experience
(702) 748-7777 2879 St Rose Pkwy
#200
Henderson, NV 89052
Free ConsultationConsumer, Medical Malpractice, Nursing Home and Personal Injury
Thomas Jefferson School of Law
Show Preview
View Website View Lawyer Profile Email Lawyer
Jamie Cogburn co-founded Cogburn Law Offices in 2005 to fight for those who could not fight for themselves. Jamie serves on the Board of Governors for his state’s trial lawyer association, the Nevada Justice Association. In addition, Jamie is a Trustee for Citizens for Justice, where he fights for consumers’ rights in the state legislature. Jamie is dedicated to getting the best results for his clients, even if that requires trying cases before a judge or jury. He has many jury verdicts and awards throughout his career. His areas of practice include personal injury and consumer protection.

My mission is to help you, my client, find a solution to your problem. Whether the solution is to negotiate a settlement, battle it out in a court or to file a bankruptcy, I approach your problem using both legal and practical considerations. Having over 11 years of legal experience with hundreds of personal injury cases and thousands of bankruptcy cases, raising a family together with my wife and owning a... 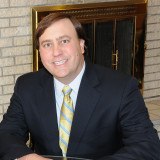 Las Vegas, NV 89101
Free ConsultationSouthwestern University School of Law
Show Preview
View Website View Lawyer Profile Email Lawyer
George G. Trachtman has successfully owned and operated his own law office since 1998. Over the course of his career, he has handled thousands of personal injury cases. George wants to make sure his clients receive excellent medical treatment to expedite their recovery. Additionally, George has been making sure that fair and just compensations is attained in every case. His dedication to helping people has been a huge factor in the success of these cases. George goes above and beyond what you’ll find with other attorneys. In addition to his normal practice, he has...

Las Vegas, NV 89141
Free ConsultationConsumer, Business, Civil Rights and Collections
Western State University College of Law
Show Preview
View Lawyer Profile Email Lawyer
Michael P. Balaban has handled labor and employment cases for mostly employees since 1997. During that time Michael has represented numerous clients in cases involving discrimination or other employment related claims, including cases brought under Title VII, the Americans with Disabilities Act, the Age Discrimination in Employment Act, the Family Medical Leave Act, for wrongful termination, for whistle blowing, for wages and hours disputes, for unemployment benefits and for employment benefits. Michael believes his “hands on style” and preparedness is the key to the success he has achieved for his clients over the years. Labor and Employment law is...

Claimed Lawyer ProfileSocial Media
Robert Eglet
Clark County, NV Consumer Law Lawyer with 32 years experience
(702) 450-5400 400 S 7th Street
Suite 400
Las Vegas, NV 89101
Free ConsultationConsumer, Medical Malpractice, Personal Injury and Products Liability
University of the Pacific, McGeorge School of Law and University of California Hastings College of the Law
Show Preview
View Website View Lawyer Profile Email Lawyer
Robert heads the trial team at Eglet Prince and is the lead trial counsel on all major cases. The awards and accomplishments listed below are only a sampling of the reasons why this firm’s Senior Partner, Robert Eglet, is the most respected and sought after trial attorney in Nevada. A testament to this is that Robert receives referrals from hundreds of attorneys from around the United States to try their cases for them. Robert is also routinely asked to lecture around the country to various trial attorney organizations and bar associations on trial practices for product defect, large catastrophic injury,...

Mr. Richards relocated to Las Vegas, Nevada from Salt Lake City, Utah in 2003. Prior to practicing law, Mr. Richards served in the United States Marine Corps from 1997 until 2003. He participated in Operation Noble Eagle and Operation Iraqi Freedom as a non-commissioned officer with Fox Co. 2nd Bn, 23rd Marines. Mr. Richards also worked in the construction industry for several years, both before and after his service in the United States Marine Corps, building single family residential production homes in...

Claimed Lawyer ProfileSocial Media
Tara D Newberry
Clark County, NV Consumer Law Lawyer with 12 years experience
(702) 608-4232 810 S. Durango Drive, Suite 102
Las Vegas, NV 89145
Consumer, Arbitration & Mediation, Bankruptcy and Real Estate
California Western School of Law
Show Preview
View Website View Lawyer Profile Email Lawyer
Tara believes in the rule of law, and has dedicated her professional life to helping others, as both a police officer and an attorney. As a police officer she investigated crimes, pursued criminals and sought to improve the quality of life for the community she served. Now as an attorney, her passion and conviction has not changed. A trained investigator, Tara has a unique ability and method for analyzing cases & creating solutions uncommon of most attorneys. She dedicates a significant amount of time to...

Claimed Lawyer ProfileSocial Media
Craig Friedberg
Clark County, NV Consumer Law Lawyer with 33 years experience
(702) 435-7968 4760 S. Pecos Rd.
Suite 103
Las Vegas, NV 89121
Free ConsultationConsumer
University of San Diego School of Law
Show Preview
View Website View Lawyer Profile Email Lawyer
The Law Offices of Craig B. Friedberg, Esq., is a Las Vegas, NV based law firm dedicated to the protection of consumers against abusive and illegal practices by debt collectors, creditors, credit reporting agencies, car dealerships and lenders. Our policy is you won't pay any attorney's fees unless we recover on your behalf, although you may be responsible for any other costs in your lawsuit. The consumer rights afforded to you under the federal and state consumer protection laws mean that those who violated your rights will ultimately be made to pay your attorney's fees, if your case...

As a local law firm in Reno, NV, we are able to provide our clients with personal attention and representation that is aggressive, efficient, and effective. Let us put our dedication, hard work, and history of success to work for you.

The OneCLE Lawyer Directory contains lawyers who have claimed their profiles and are actively seeking clients. Find more Clark County Consumer Lawyers in the Justia Legal Services and Lawyers Directory which includes profiles of more than one million lawyers licensed to practice in the United States, in addition to profiles of legal aid, pro bono and legal service organizations.