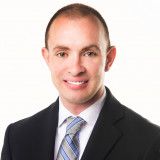 Tulsa, OK 74119
Free ConsultationCivil Rights, DUI & DWI, Employment and Personal Injury
University of Tulsa College of Law
Show Preview
View Website View Lawyer Profile Email Lawyer
I am proud to represent people who have been injured, wrongfully lost money or employment, a victim of a civil rights violation or charged with a criminal offense or DUI in Tulsa, Oklahoma. I have built my legal philosophy around the idea that all people should have an avenue to justice when injured or lost money due to the wringful act of another and that the criminal justice system only protects the right of citizens when people charged with crimes are afforded the representation necessary to zealously protect their rights and freedom. I have represented blue collar workers, business professionals,...


Tulsa, OK 74119
Free ConsultationCivil Rights, Criminal Defense, Employment and Nursing Home
University of Tulsa College of Law
Show Preview
View Website View Lawyer Profile Email Lawyer
Logan was born in Los Angeles, California and was raised on a farm in Utah. At an early age, Logan learned the value of hard work by performing chores on a dairy farm and, together with his brothers, delivering the regional daily newspaper to subscribers in their hometown. At 19, Logan served a two-year mission for the Church Of Jesus Christ of Latter Day Saints in Italy where he learned to speak, write, and read Italian – an ability he still has today. Logan went on to earn a degree in Accounting at the University Of... 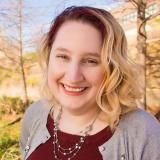 Claimed Lawyer ProfileResponsive Law
Patrick Adams
Tulsa, OK Civil Rights Attorney with 18 years experience
(918) 587-8700 525 S Main St Ste 535
Tulsa, OK 74103
Civil Rights, Criminal Defense, Employment and Juvenile
University of Tulsa College of Law
Show Preview
View Website View Lawyer Profile Email Lawyer
Patrick L. Adams, a native Oklahoman, grew up in Rogers County and graduated from Catoosa High School. His initial thoughts were to pursue a career in medicine and he spent his first 2 years out of high school following that dream. His life turned to other interests and in 1996 he married and became the father of 2 incredible boys. Deciding to return to school, he pursued a degree in Political Science, which he received from Oklahoma State University in May of 1999. 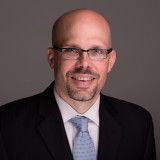 Claimed Lawyer ProfileSocial Media
Jason Charles Messenger
Tulsa, OK Civil Rights Attorney
(918) 492-7674 7447 S. Lewis Ave
Tulsa, OK 74136
Civil Rights, Elder, Nursing Home and Personal Injury
University of Tulsa College of Law and University of Arkansas - Fayetteville
Show Preview
View Website View Lawyer Profile Email Lawyer
Mr. Messenger is admitted to practice law in all Oklahoma and Arkansas state courts. He is also admitted in federal district courts for the Northern, Western & Eastern Districts of Oklahoma, as well as the bankruptcy court of the Eastern District of Oklahoma. He is a member in good standing of the Oklahoma and Arkansas Bar Associations and is a member of the Tulsa County Bar Association.

Claimed Lawyer Profile
Bobby Briggs
Tulsa, OK Civil Rights Attorney with 36 years experience
(918) 742-5246 1831 E. 71st
Tulsa, OK 74136
Civil Rights, Appeals, Education and Employment
University of Oklahoma
Show Preview
View Website View Lawyer Profile Email Lawyer
I am have been a trial lawyer since 1983. I have tried cases in Oklahoma, Texas, Illinois and California. I have clerked and written draft opinions for the Oklahoma Supreme Court. I have tried cases in almost every venue imaginable including municipal, state and federal courts. I am a first chair jury trial lawyer specializing in labor and employment law, including workers' compensation. 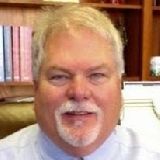 Claimed Lawyer Profile
Andrew M. Casey
Sapulpa, OK Civil Rights Lawyer with 4 years experience
(918) 227-1177 404 E. Dewey Ave. Suite 202
Sapulpa, OK 74066
Civil Rights, Appeals, Criminal Defense and Employment
University of Oklahoma College of Law
Show Preview
View Website View Lawyer Profile Email Lawyer
Andrew “Andy” Casey joined Stinnett Law as an Associate Attorney in January 2016. While attending the University of Oklahoma College of Law, he served as the Articles Development Editor for the American Indian Law Review, an officer for the Board of Advocates, and competed in the National NALSA Moot Court Championship. During his 2L year, Andy earned the title of Top Speaker/Best Oral Advocate in the country for the 2014 National NALSA Moot Court Championship. An Oklahoma native, Andy grew up in the Sand Springs/Sapulpa area before graduating from Jenks High School in 2004. In 2009, he graduated with...

Claimed Lawyer Profile
James Latham Cosby
Tahlequah, OK Civil Rights Attorney with 17 years experience
(918) 458-0069 218 S Muskogee Ave
Tahlequah, OK 74464
Civil Rights, Appeals, Arbitration & Mediation and Business
Show Preview
View Lawyer Profile Email Lawyer
At the Cosby Law Firm, PLLC, in Tahlequah, Oklahoma, we are dedicated to serving our clients with professionalism, integrity and a high degree of quality. We have guided our clients through the Oklahoma legal system for more than 10 years. We will take the time to understand your goals and work hard to achieve them. Our firm practices in Federal, State, Cherokee Nation and City courts. 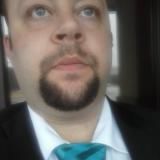 Claimed Lawyer ProfileSocial Media
Andrea Lea Worden
Norman, OK Civil Rights Attorney with 13 years experience
(405) 360-8036 109 E. Tonhawa St.
Norman, OK 73069
Free ConsultationCivil Rights, Criminal Defense, DUI & DWI and Juvenile
Show Preview
View Website View Lawyer Profile Email Lawyer
Being charged with a criminal case is a stressful time for anyone – both your freedoms and your future are at stake. That’s just one reason why it is so crucial to choose a criminal defense attorney whose primary practice is criminal defense and will give you the personal and professional attention you deserve. We at Worden Law Firm pride ourselves in doing just that. We treat our clients with the utmost respect while providing them with the highest level of legal guidance. 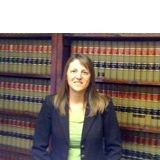 The OneCLE Lawyer Directory contains lawyers who have claimed their profiles and are actively seeking clients. Find more Broken Arrow Civil Rights Lawyers in the Justia Legal Services and Lawyers Directory which includes profiles of more than one million lawyers licensed to practice in the United States, in addition to profiles of legal aid, pro bono and legal service organizations.