Civil Rights and Business
William Mitchell College of Law
Show Preview
View Website View Lawyer Profile Email Lawyer
Mark K. Thompson has been practicing business law and litigation since 1999. His business litigation experience is broad and in addition he has extensive experience in closely held businesses with ownership disputes. Mark founded his law firm, MKT Law, PLC, in 2012 after over a decade with a larger downtown law firm. 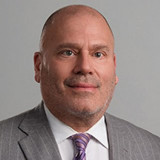 Free ConsultationCivil Rights, Appeals, Criminal Defense and DUI & DWI
University of North Dakota School of Law
Show Preview
View Website View Lawyer Profile Email Lawyer
Nick loves practicing law in and out of the courtroom. He has extensive experience in representing people in all stages of criminal proceedings, from the first appearance or arraignment through trial, appeal, and post-conviction proceedings. While his primary practice area is criminal law, Nick also practices in family law, personal injury, and general litigation. Nick is licensed to practice in all federal and state courts in North Dakota and Minnesota. Before joining Fremstad Law Firm, Nick represented almost two-thousand individual clients at the Fargo Public Defender Office in all types of criminal cases from driving under the influence and... 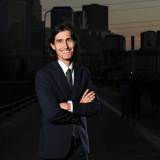 Free ConsultationCivil Rights and Personal Injury
University of St. Thomas, Minnesota School of Law
Show Preview
View Website View Lawyer Profile Email Lawyer
Jeff practices in the areas of personal injury, police brutality, civil rights law, wrongful death, catastrophic injury, automobile and truck crashes, and premises liability. Jeff also has significant experience litigating and advising on non-compete issues, breaches of contract, tortious interference, and other related business matters. He was named a 2013 “Attorney of the Year” by Minnesota Lawyer for his work on a $3.075 Million Dollar police brutality wrongful death—one of the largest police brutality settlements in Minnesota History. Jeff was also part of a team of class counsel who obtained a $2 Million Dollar settlement for violations of the...

Claimed Lawyer ProfileSocial Media
Zorislav R. Leyderman
Hennepin County, MN Civil Rights Lawyer with 11 years of experience
(612) 876-6626 222 South 9th St., Suite 1600
Minneapolis, MN 55402
Free ConsultationCivil Rights, Appeals and Criminal Defense
Show Preview
View Website View Lawyer Profile Email Lawyer
Zorislav Leyderman moved the U.S. from Ukraine (former Soviet Union) when he was 11 and grew up in St. Paul. He obtained his B.A. degree at the University of Minnesota, where he studied politics and the American criminal justice system. After college, Zorislav continued his education at the William Mitchell College of Law, where he obtained his J.D. and graduated with honors. While in law school, Zorislav Leyderman worked for the Legal Assistance to Minnesota Prisoners (LAMP) Clinic and the William Mitchell Law Clinic, representing low-income people and Minnesota prisoners in both criminal and civil cases. Zorislav also worked for...

Civil Rights, Business, Employment and Personal Injury
Washburn University School of Law
Show Preview
View Lawyer Profile Email Lawyer
I have been in private practice since 1983 with primary focus on employment law and employment discrimination of all types. My practice also include civil litigation including personal injury, commercial and probate.

Claimed Lawyer ProfileSocial Media
Benjamin Lavoie
Hennepin County, MN Civil Rights Lawyer
(888) 339-8811 431 S 7th Street, Suite 2420
Minneapolis, MN 55415
Free ConsultationCivil Rights, Personal Injury and Workers' Comp
Show Preview
View Website View Lawyer Profile Email Lawyer
Ben has been an associate with Lindell & Lavoie, LLP, since 2004, and he law clerked at the office in the two summers prior to that. Since that time, he has become an integral piece in the firm’s ongoing success. He has a varied practice, primarily focusing on personal injury and workers’ compensation cases, but he loves appellant work and has a special interest in Section 1983 Civil Rights cases. He has recovered millions of dollars for his clients over that period and has been significantly involved in notable and important cases. In 2012, Ben partnered with...

The OneCLE Lawyer Directory contains lawyers who have claimed their profiles and are actively seeking clients. Find more Itasca County Civil Rights Lawyers in the Justia Legal Services and Lawyers Directory which includes profiles of more than one million lawyers licensed to practice in the United States, in addition to profiles of legal aid, pro bono and legal service organizations.