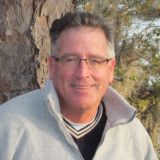 I am currently residing in SW Virginia, though I am not licensed (yet) in Virginia courts. I retain my Minnesota State and Federal Attorney Registrations.

Very rarely and very judiciously do I take on appellate or civil matters in Minnesota. Invariably, hearings or proceedings occur in the middle of winter snow-storms. I moved for a reason.

I would call myself the attorney of last resort. If you feel you have exhausted all...


Minneapolis, MN 55401
Civil Rights, Appeals, Criminal Defense and White Collar Crime
University of Minnesota Law School
Show Preview
View Website View Lawyer Profile Email Lawyer
Melvin R. Welch was born and raised in a small farm town in Minnesota. Following graduation, Melvin attended college at the University of Minnesota, Duluth, before joining the United States Navy in 1996. As a sailor, Melvin learned Russian and served aboard submarines. During his time in service, Melvin finished college and then worked as a translator in the NATO peacekeeping mission to Kosovo, translating for the United States Army and the Russian 13th Tactical Group in Kamenica, Kosovo.


Minneapolis, MN 55402
Civil Rights and Employment
University of Minnesota Law School
Show Preview
View Website View Lawyer Profile Email Lawyer
Justin prosecutes cases of retaliation, harassment, and discrimination in employment, housing, and other areas. He also litigates labor law, wage, non-compete, consumer, and constitutional claims. In addition, Justin provides strategic advice to individuals and labor organizations in non-litigation as well as contractual matters. Justin has taught courses on employment law and civil rights litigation at the University of Minnesota Law School and Mitchell Hamline School of Law, and he spearheaded the development of the Workers’ Rights Clinic at the University of Minnesota. He is also past Chair of the Minnesota State Bar Association’s Labor & Employment Law Section and...


Minneapolis, MN 55402
Civil Rights and Employment
Seattle University School of Law and University of British Columbia Faculty of Law
Show Preview
View Website View Lawyer Profile Email Lawyer
John is the founder of the Minneapolis employment and civil rights litigation firm of John A. Klassen, P.A. He received law degrees from the University of British Columbia (1992) and Seattle University (1993). Since 1994, John has practiced exclusively in the areas of employment and civil rights law. He has represented employees and victims of civil rights violations throughout the United States, in the areas of harassment and discrimination law, False Claims Act/Qui Tam claims, whistleblower law, wage and hour disputes, class action claims, employment contract disputes, and sexual abuse. Employees consult with him on a regular...

Claimed Lawyer Profile
Christopher Kuhlman
MINNEAPOLIS, MN Civil Rights Attorney with 13 years experience
(612) 349-2747 333 WASHINGTON AVE N., Suite 335
MINNEAPOLIS, MN 55401
Free ConsultationCivil Rights, Criminal Defense, Employment and Personal Injury
University of Chicago
Show Preview
View Website View Lawyer Profile
Chris Kuhlman represents everyday Minnesotans in high stakes litigation against some of the most powerful entities in the country - large corporations, insurance companies, and government agencies. He relishes representing the underdog and proudly represents Plaintiffs in wrongfully termination and sexual harassment matters, citizens who have been subjected to excessive force at the hands of the police, and those wrongfully accused of a crime they did not commit. As a small boutique trial firm in Minneapolis, Kuhlman Law takes on a select number of cases that need to be brought and fights tirelessly for his clients.

The OneCLE Lawyer Directory contains lawyers who have claimed their profiles and are actively seeking clients. Find more Burnsville, Minnesota Civil Rights Lawyers in the Justia Legal Services and Lawyers Directory which includes profiles of more than one million lawyers licensed to practice in the United States, in addition to profiles of legal aid, pro bono and legal service organizations.