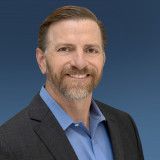 I manage two consumer bankruptcy law firms ~ in Florida and Utah. Over the 26 years of running consumer law firms, I came to understand that these are not law firms at all. They are consumer satisfaction companies that provide legal representation to consumers and small businesses. Client satisfaction is our #1 goal. It is so important, as a matter of fact, that we publish a Statement of Client Rights right on the website, and we... 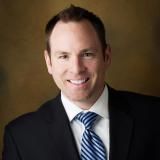 
Free ConsultationBankruptcy, Divorce, Family and Real Estate
Oklahoma City University School of Law
Show Preview
View Website View Lawyer Profile Email Lawyer
Matt Wadsworth earned his Bachelor’s from the University of Utah in Economics where he graduated in the top ten percent of his class. Matt earned his Juris Doctor from Oklahoma City University School of Law, where he graduated in the top third of his class and earned the Cali Award in Real Estate Finance and Development and the top grade in Land Use and Development. Primary Practice Although, Matt has an extensive history in civil litigation and real estate transaction areas, his current primary focuses are in the areas of Family Law, Divorce, Child Support and Alimony. ...

Claimed Lawyer ProfileSocial Media
Craig Helgesen
Layton, UT Bankruptcy Attorney with 11 years of experience
(801) 544-5306 1513 N. Hill Field Road
Suite 3
Layton, UT 84041
Free ConsultationBankruptcy, Criminal Defense, Divorce and Family
Western Michigan University Cooley Law School
Show Preview
View Website View Lawyer Profile Email Lawyer
Craig received his law degree from Thomas M. Cooley Law School in Michigan, the largest law school in the country. He graduated near the top of his class. After graduating law school, he returned back to Utah. He started his career by doing mostly bankruptcies and divorces. He has since added criminal defense and custody matters to his areas of specialization. Craig is a member of the National Association of Consumer Bankruptcy Attorneys. As a member of the NACBA, he helps to influence bankruptcy laws on behalf of the consumers. Craig's dedication has given him a broad understand of all... 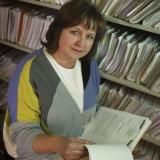 Claimed Lawyer ProfileSocial Media
Marji Hanson
Salt Lake City, UT Bankruptcy Attorney with 30 years of experience
(801) 478-0479 352 S. Denver St
Ste 240
Salt Lake City, UT 84111
Bankruptcy
Show Preview
View Website View Lawyer Profile Email Lawyer
My law practice focuses exclusively on consumer bankruptcy law. I can help you decide if bankruptcy will solve your problems and which program, Chapter 7 or Chapter 13, is best suited to meet your financial needs. I have learned about the bankruptcy system in the District of Utah from the inside and out. I worked in the Bankruptcy Court as a lawyer for a Bankruptcy Judge for three years, as senior staff counsel for a Chapter 13 Bankruptcy Trustee for over four years and in the bankruptcy and litigation sections in one of Salt Lake’s largest and best law... 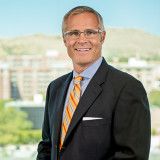 Mr. Covey has lectured for local and national education associations on bankruptcy-related topics. He has been awarded an AV rating – the highest awarded by Martindale-Hubbell. Mr. Covey... 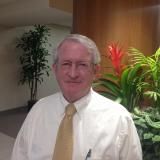 Claimed Lawyer Profile
Mark H. Howard
Salt Lake City, UT Bankruptcy Lawyer with 39 years of experience
(801) 532-7080 102 South 200 East
Suite 800
Salt Lake City, UT 84111
Bankruptcy and Tax
Brigham Young University
Show Preview
View Lawyer Profile Email Lawyer
I am transitioning into full retirement and I am not accepting new clients at this time. I have worked as a tax attorney since 1981 when I went to work for the Office of Chief Counsel, Internal Revenue Service and began litigating cases in the United States Tax Court. Over the next 34 years I prepared hundreds of cases for trial, settled many and built a winning record in those I litigated. From 1985 through 2014, I represented the Internal Revenue Service in bankruptcy court after receiving appointment as a Special Assistant United States Attorney. I... 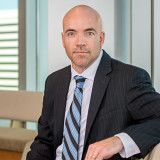 Mr. Hoppe has substantial experience representing both companies and individuals in a variety of complex litigation matters. He has experience in state and federal... 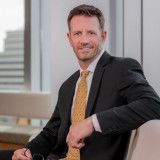 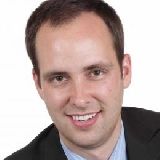 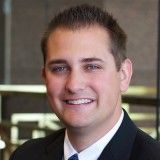 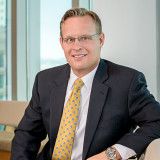 Mr. Covington is a member of the American Bar Association’s Title Insurance Litigation Committee and has presented before the Utah Land Title Association. 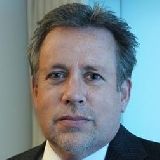 After graduating from college, she worked in Abu Dhabi as a paralegal for two years. Cynthia then returned to Virginia to attend law school at George Mason University School of Law, where she served as Senior Articles Editor of the George Mason Law Review and... 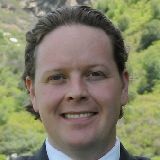 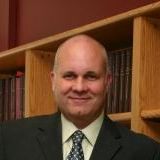 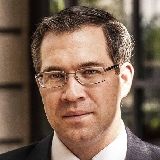 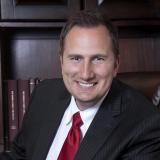 Claimed Lawyer ProfileSocial MediaResponsive Law
Daniel R. Ybarra
Alpine, UT Bankruptcy Attorney with 8 years of experience
(801) 310-7286 100 W Canyon Crest Rd, Suite 300
Alpine, UT 84004
Bankruptcy, Criminal Defense, Divorce and Employment
Brigham Young University
Show Preview
View Website View Lawyer Profile Email Lawyer
With a broad range of experience winning very high stakes cases, Daniel Ybarra is equipped to handle your case and will take it as seriously as you do. Daniel has taken the lead role in a wide range of cases involving 1st degree felonies, multi million dollar civil suits, high conflict divorces, business contracts, estate planning, and most things in between. Daniel is the founder of the The Ybarra Legal Group and has an extensive background in the law. Coming from a family full of attorneys and having attended law school at the prestigious J. Reuben Clark law School,... 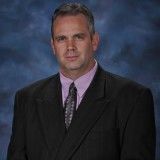 Claimed Lawyer ProfileSocial Media
Roger A. Kraft
Salt Lake City - Midvale, UT Bankruptcy Lawyer with 18 years of experience
7660 S. Holden St.
Salt Lake City - Midvale, UT 84047
Free ConsultationBankruptcy and Criminal Defense
University of Idaho College of Law
Show Preview
View Website View Lawyer Profile Email Lawyer
Mr. Kraft is an experienced bankruptcy and criminal defense attorney and also serves as a small claims judge in Salt Lake City, Utah. Mr. Kraft has successfully handled some of Utah’s highest criminal profile cases and is experienced in dealing with the national and local media that comes with such cases. In the bankruptcy courts Mr. Kraft is recognized as one of the most experienced attorneys handling complicated chapter 7, chapter 13, and chapter 11 cases as well as successfully defending debtors in complicated adversary proceedings. He is an experienced litigator and thrives in an adversarial courtroom... 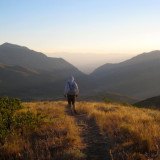 Claimed Lawyer ProfileSocial MediaResponsive Law
Gregory W. Stevens
Salt Lake City, UT Bankruptcy Lawyer with 34 years of experience
(801) 990-3388 2825 E Cottonwood Pkwy
#500
Salt Lake City, UT 84121
Free ConsultationBankruptcy, Criminal Defense, Divorce and Family
University of Michigan Law School
Show Preview
View Website View Lawyer Profile Email Lawyer
“Success is not final. Failure is not fatal. It is the courage to continue that counts.” Gregory W. Stevens, Esquire, is an attorney with a wealth of experience in private practice to help you get through life's challenges. He is dedicated to protecting your rights in the areas of bankruptcy law, criminal defense, and family law. He will provide you not only with his expertise, hard work, and tenacity, but also with integrity, empathy, and compassion. Through his law office in Salt Lake City, Mr. Stevens represents clients throughout the Wasatch Front and Back....

Claimed Lawyer ProfileQ&ASocial Media
Carl Norman Anderson III
Salt Lake City, UT Bankruptcy Lawyer with 14 years of experience
(801) 285-0303 5383 South 900 East, Suite 205
Salt Lake City, UT 84117
Free ConsultationBankruptcy, Criminal Defense, Divorce and Family
University of Nebraska - Lincoln
Show Preview
View Website View Lawyer Profile Email Lawyer
Carl is an experienced litigator. He was born and raised in Layton, Utah. He attended Weber State University, majoring in Psychology, and then later the University of Nebraska, Lincoln, where he obtained his J.D. In law school Carl found his passion for litigation and excelled in trial advocacy obtaining the highest grade in trial ad and the CALI award in advanced trial advocacy. In addition, he successfully completed the Litigation Skills Program of Concentrated study, with a criminal emphasis. After graduation, he moved to Lexington, Nebraska where he successfully prosecuted hundreds of Driving Under the Influence (DUI) cases, at both... 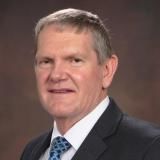 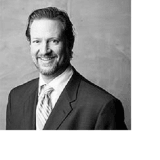 Claimed Lawyer ProfileSocial Media
Stephen Nemelka
Salt Lake City, UT Bankruptcy Attorney with 20 years of experience
(801) 568-9191 6806 S 1300 E
Salt Lake City, UT 84121
Free ConsultationBankruptcy, Divorce and Family
Creighton University School of Law
Show Preview
View Website View Lawyer Profile Email Lawyer
Stephen R. Nemelka has been working in the legal field for over twenty years. He began his legal career focusing mainly on bankruptcy and criminal law but has since narrowed his practice to specialize in family law and all other domestic related fields. Mr. Nemelka holds firm to the belief that he can offer aggressive and competent representation while tempering the emotional and financial distress that domestic litigation can cause. 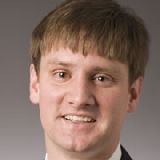 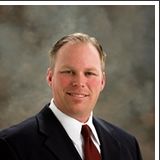 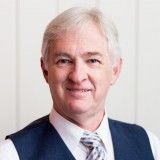 I know the judges. I know the opposing attorneys. And I know the system. I can usually tell you up-front whether or not you have a good case and what you can hope to recover. Very competitive contingent fees. No money up-front and no fee until we get you... 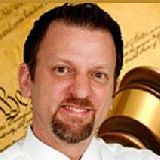 Free ConsultationBankruptcy, Divorce and Family
Show Preview
View Website View Lawyer Profile Email Lawyer
At the law office of Brian D. Johnson located in Ogden, Utah, we help people take advantage of their rights under bankruptcy protection to restart, rebuild, and recover their lives. We help people find solutions to escape overwhelming debt and get back on track. When you work with our firm, you work directly with an experienced bankruptcy attorney who will be there to answer all of your questions and guide you through all phases of your case. You have options. You have rights. You have the choice to take back control of your financial future. Contact us today for a free... 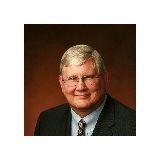 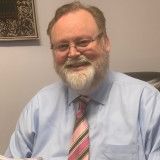 Not only has he handled more cases that just about any other attorney is Utah, he has trained over 40 attorneys, including some of the best criminal defense attorneys in Utah.

He graduated from Columbine High School in Colorado as class president way back in 1982, and was selected to first team all state in football. He was then given a football scholarship to play for the Y under LaVell Edwards (while a missionary in Argentina in 1984, his Cougars won the national championship). However, most of his kids...
Next
Bankruptcy Attorneys in Nearby CitiesBankruptcy Attorneys in Nearby Counties

The OneCLE Lawyer Directory contains lawyers who have claimed their profiles and are actively seeking clients. Find more Magna Bankruptcy Lawyers in the Justia Legal Services and Lawyers Directory which includes profiles of more than one million lawyers licensed to practice in the United States, in addition to profiles of legal aid, pro bono and legal service organizations.