Claimed Lawyer ProfileSocial Media
Leroy Maxwell Jr.
Birmingham, AL Appeals & Appellate Lawyer with 9 years of experience
(205) 216-3304 2100 1st Ave. N, Suite 370
Birmingham, AL 35203
Free ConsultationAppeals and Criminal Defense
Valparaiso University School of Law
Show Preview
View Website View Lawyer Profile Email Lawyer
I have experience in both state and federal court, both in and outside of Alabama and have focused my practice on Appellate Litigation, Civil Rights, and Criminal Defense. Prior to founding Maxwell Tillman, I was a senior civil rights and criminal defense trial lawyer at one of Birmingham's top criminal defense firms. I also worked as a Fellow with the Equal Justice Initiative (EJI) where I assisted EJI in all areas of Appellate Litigation.

Appeals, Criminal Defense, Divorce and Family
University of Alabama School of Law
Show Preview
View Website View Lawyer Profile Email Lawyer
Shannon Moore was born in Huntsville, Alabama. He is a graduate of Grissom High School and he received his undergraduate degree from the University of Alabama in Huntsville. He went on to get his juris doctorate from the University of Alabama School of Law. Upon graduation from law school in 1998 he went on to found a law firm with a fellow graduate from law school. He has been in the private practice of law since that time. His practice focuses on criminal law, family law, and personal injury. Over the years, Shannon has represented numerous...

Appeals, Employment, Probate and Social Security Disability
University of Kentucky College of Law
Show Preview
View Website View Lawyer Profile Email Lawyer
Jason represents Social Security claimants in West Alabama. He appears for his clients in hearings before the Social Security Administration and appeals in federal court. His office is in the Browne House Law Group, right around the corner from the Social Security Office and Federal Courthouse in Tuscaloosa, Alabama. 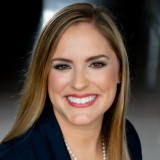 Appeals, Divorce and Family
Mississippi College School of Law and Sweet Briar College
Show Preview
View Website View Lawyer Profile Email Lawyer
Quality Representation. Experienced Advocate. Fierce Courtroom Presence. Jessica Pilgrim is a family law attorney who will aggressively litigate your case. If you are looking for a lawyer who understands the law, knows the courtroom, and who will fight your case beginning to end, contact Jessica Pilgrim for a consultation. Family law is about protecting your loved ones. Don't leave the outcome of your case to chance. Hire the attorney who will work with you to make a plan of action and execute a personalized legal strategy to get results in your case.

Free ConsultationAppeals, Criminal Defense, DUI & DWI and Divorce
University of Alabama - Tuscaloosa
Show Preview
View Blog View Lawyer Profile Email Lawyer
William L. Pfeifer, Jr., (Bill Pfeifer) is an Alabama appellate lawyer representing clients all over the State of Alabama. He is a former staff attorney to the Alabama Court of Criminal Appeals, and has been practicing law since 1993. To learn more about his law practice, visit www.WilliamPfeifer.com.

Free ConsultationAppeals, Criminal Defense, Divorce and Family
Thomas Goode Jones School of Law, Faulkner University
Show Preview
View Website View Lawyer Profile Email Lawyer
Mr. Sam P. Dixon, III was born in Mobile, Alabama. The great-grandson of the Alabama Governor, Frank Dixon, Sam has come from a long family history of politics and the legal profession. Mr. Dixon always admired and respected the legal profession and aspired to help people obtain justice and fairness through the legal process. Sam obtained his bachelor’s degree from the University of Alabama and then decided to continue his career in law. After receiving his law degree from Faulkner University in just two and a half years, Mr. Sam Dixon went on to clerk for both the Alabama Department...

Claimed Lawyer ProfileSocial Media
Jerry Michael Blevins
Montgomery, AL Appeals & Appellate Lawyer with 27 years of experience
(334) 262-7600 Hillwood Office Center
2800 Zelda Road, Suite 200-3
Montgomery, AL 36106
Free ConsultationAppeals, Criminal Defense, Family and Legal Malpractice
Jones School of Law
Show Preview
View Website View Lawyer Profile Email Lawyer
The Law Office of Jerry M. Blevins was founded in April 1994, by Jerry M. Blevins. Mr. Blevins practices in all levels of state and federal courts in Alabama, with a primary focus in the areas of criminal defense, personal injury, legal malpractice, family law, divorce, juvenile law, and appellate work in both criminal and civil cases. With offices located in Montgomery and Birmingham, Alabama, Mr. Blevins represents clients throughout the State of Alabama as well as in other states as co-counsel. Mr. Blevins has a stellar reputation among his peers, the community, and those he has...

Claimed Lawyer ProfileSocial Media
Edward Still
Birmingham, AL Appeals & Appellate Attorney with 50 years of experience
(205) 335-9652 429 Green Springs Hwy
STE 161-304
Birmingham, AL 35209
Appeals
University of Alabama School of Law
Show Preview
View Lawyer Profile Email Lawyer
Edward Still has practiced in Alabama and Washington, D.C., since 1971. He was in private practice in Tuscaloosa from 1971 until 1975, then in Birmingham until 1997. He was Director of the Voting Rights Project of the Lawyers’ Committee for Civil Rights Under Law, a non-profit public interest law firm in Washington, D.C. from 1997 until 2001. He was a Special Counsel to the Washington firm of Dickstein Shapiro Morin & Oshinsky LLP in 2001 and 2002. He returned to Birmingham in 2002. Edward Still has nearly 50 years of experience in the field of...

Free ConsultationAppeals, Criminal Defense, Employment and Personal Injury
Cumberland School of Law, Samford University
Show Preview
View Website View Lawyer Profile Email Lawyer
I have over twenty-four (24) years of extensive experience in the areas of civil and criminal law in Alabama’s state and federal courts at both the trial and appellate levels. Specializing in both civil and criminal cases has given me a unique advantage over most attorneys because I have learned techniques that are applicable to both disciplines of the law. For most of my legal career, I have had a BV Rating from Martindale-Hubbell peer review rating. My practice areas have been criminal defense, state and federal appellate practice, particularly with an emphasis on death penalty cases, sexual harassment, employment...

Claimed Lawyer ProfileSocial Media
Michael L. Jackson
Birmingham, AL Appeals & Appellate Lawyer with 28 years of experience
(205) 874-0315 800 Shades Creek Parkway, Suite 400
Birmingham, AL 35209
Appeals, Arbitration & Mediation, Business and Employment
University of Texas - Austin
Show Preview
View Website View Lawyer Profile Email Lawyer
Michael L. Jackson’s practice focuses on civil litigation in state and federal courts, particularly in the areas of employment law, and he is experienced in appellate and other post-judgment proceedings, construction law, commercial litigation, arbitration, and other methods of alternative dispute resolution. He graduated from Auburn University and then graduated with honors from the law school at the University of Texas in Austin, Texas. Following his graduation from law school, he served as law clerk to Justice Hugh Maddox of the Supreme Court of Alabama. He is admitted to practice in all federal and state courts in Alabama, the United...

Free ConsultationAppeals, Criminal Defense and DUI & DWI
University of Alabama School of Law
Show Preview
View Website View Lawyer Profile Email Lawyer
Domingo Soto, a graduate of the University of Alabama School of Law, was admitted to the Alabama bar in 1986 and the Texas bar in 1987 (presently on inactive status in Texas). He is admitted and qualified to practice in the U.S. District Courts for the Northern and Southern Districts of Alabama, the Eleventh Circuit Court of Appeals and the U.S. and Alabama Supreme Courts as well as pro hac vice in other jurisdictions. His practice is limited to criminal defense law in both federal and state venues.

Appeals, Business, Collections and Family
Birmingham School of Law
Show Preview
View Website View Lawyer Profile
Austin Burdick graduated summa cum laude from the University of Montevallo, where he studied History. He then attended the Birmingham School of Law at night and worked full time during the day to support his young family. Austin graduated in the top third of his class in law school. While attending law school Austin worked for Merrill Legal Solutions were he gained valuable courtroom and deposition experience as a trial consultant. As a trial consultant, Austin consulted on high profile cases including Richard Scrushy v. HealthSouth. After four years with Merrill Austin entered private practice with a local law firm. After...
Next
Appeals & Appellate Attorneys in Nearby CitiesAppeals & Appellate Attorneys in Nearby Counties

The OneCLE Lawyer Directory contains lawyers who have claimed their profiles and are actively seeking clients. Find more Muscle Shoals Appeals & Appellate Lawyers in the Justia Legal Services and Lawyers Directory which includes profiles of more than one million lawyers licensed to practice in the United States, in addition to profiles of legal aid, pro bono and legal service organizations.