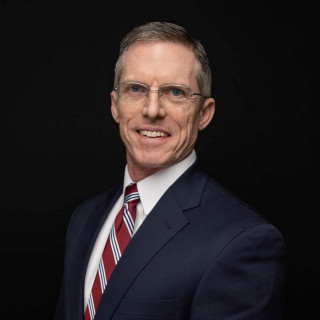 Mr. Halstead is Board Certified in Criminal Law by the Texas Board of Legal Specialization. He began his legal career over 20 years ago as a prosecutor for Bexar County, Texas. He received his B.A. from Texas A&M University and J.D. degree from St. Mary’s University School of Law in San Antonio, Texas. For 14 years Woody represented the State of Texas as a prosecutor in thousands of criminal cases ranging from misdemeanors to murders and concluded his prosecution career as the First Assistant for the Bexar County D.A.’s Office.

During his legal career, Woody also worked part-time as a criminal law magistrate judge for Bexar County. As a result of his position as First Assistant in the D.A.’s office, Woody personally knows almost every Assistant D.A. in Bexar County and enjoys a reputation as an excellent trial lawyer. His ability to assess his clients’ cases from both a prosecution and defense perspective enables him to provide invaluable insight to the evaluation of their cases. He currently serves on the Board of Directors for Crosspoint, Inc. a local nonprofit organization whose mission is to

Woody’s legal experience includes work as a civilian attorney with the Department of the Air Force where he represented military members undergoing “fit for duty” evaluations. In addition to his civilian legal practice, Woody served 12 years as a Judge Advocate in the United States Army Reserve and is currently an officer in the United States Air Force Reserve. Woody is licensed to practice by the Supreme Court of Texas and is admitted to practice before the United States Court of Appeals for the Armed Forces and Federal Courts for the Western District of Texas. He currently serves on the Board of Directors for Crosspoint, Inc. a local nonprofit organization whose mission is to build safer and stronger communities by empowering individuals to lead productive lives.

Criminal Law Magistrate Judge (Part-time)
Bexar County
2020 - Current
Part-time county magistrate judge. Duties included initial arraignment of suspects and setting bond and conditions of release for arrestees. Responsible for reviewing and signing search and arrest warrants at the request of local law enforcement and determining probable cause for the continued detention of the accused.

Criminal Law Magistrate Judge (Part-Time)
Bexar County
2013 - 2014
Part-time county magistrate judge. Duties included initial arraignment of suspects and setting bond and conditions of release for arrestees. Responsible for reviewing and signing search and arrest warrants at the request of local law enforcement and determining probable cause for the continued detention of the accused.

Crosspoint Inc.
Vice Chairman of the Board
2019 - Current

Q. Can a bondsmen keep the sum paid after surrendering and the defendant is arrested on charges being added to the case?
January 14, 2020
A: Normally, yes, the amount paid to a bondsman is a fee for the service of underwriting the full amount of a bond and they get to keep it. In most cases, the bondsman earns that fee at the time he/she posts the bond for the defendant. If the bondsman later asks the court to get off the bond that does not usually change the fact he/she earned that fee for writing the bond. Ultimately the terms and conditions of the fee paid is controlled by any contract or agreement you entered into with the bondsman at the time they agreed to write the bond.

Q. What is the distance of a firearm from narcotics to be a felony
January 14, 2020
A: In Texas, unlawfully carrying a weapon (such as a firearm) is a Class A misdemeanor. The offense rises to the level of a third degree felony if the gun is carried on a premises authorized to sell alcohol. The presence of drugs does not change the level of the gun charge in state court. Many prosecutors, however, will view the presence of a gun and drugs together as evidence that the person charged is distributing or selling the drugs (as opposed to merely possessing them). Possession with intent to deliver drugs is a higher level offense than mere possession.