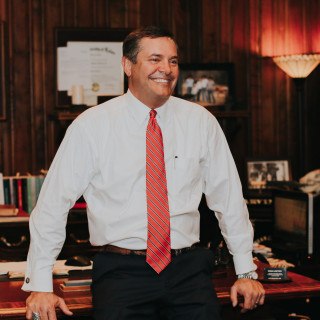 Bill Morian grew up in East Texas in a ranching and farming family. Top notch horseman and farrier. Involved in the horse and cattle industry for years.

Bill is a highly skilled legal advocate and trial lawyer.He has successfully handled the most serious State and Federal cases with great success. His hard work , skill and determination have brought him success which has made him Bill Morian is one of the most sought after and busy lawyers across the State of Texas when it comes to representing the falsely accused.

He as often been described as intimidating and aggressive. Representing organizations such as the Bandidos Motorcycle Club for years as its National General Council, he has relentlessly fought for equal treatment and due process for his club with impressive results in cases ranging from UCW to engaging in organized crime allegations.

Bill is a tireless warrior in trial and expects nothing less than those two magic words at the end of trial : “NOT GUILTY”

Let him protect you or your loved one who may have fallen short of perfection from the wrath of those who believed they have attained it. Always available for emergencies 24/7 @ (409) 383-7406.