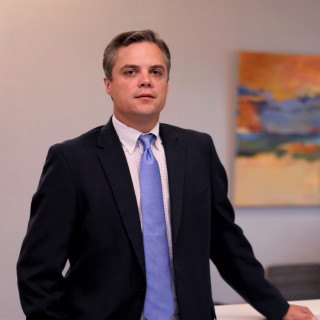 Hugh McAngus leads Chappell, Smith & Arden’s Litigation team, overseeing all files in active litigation. Hugh’s primary practice involves trucking litigation, representing individuals who have been injured or had family members killed in collisions involving commercial vehicles. Although focusing primarily on trucking cases, Hugh handles many other types of personal injury and wrongful death matters, including automobile collision, nursing home negligence, premises liability, dram shop, and products liability cases. Hugh’s trial victories include a $12,000,000.00 verdict in a personal injury case arising out of a shooting at a nightclub that left his client paralyzed from the chest down and a $5,000,000.00 settlement in a personal injury case in what is widely considered one of South Carolina’s most conservative counties. In addition to his trial level work, Hugh has also briefed and argued cases before the South Carolina Court of Appeals and Supreme Court. Hugh joined Chappell, Smith & Arden as a law clerk and has practiced as an attorney since 2006. Hugh also maintains leadership positions in many professional associations. He is the current Vice President of the South Carolina Association for Justice and is South Carolina’s Revitalization Board Member of the American Association for Justice. He has also served on the Membership and Underride Committees of the AAJ’s Trucking Litigation Group. Hugh has 10 and 7 year-old sons and enjoys traveling and attending concerts with his wife, Alicia.