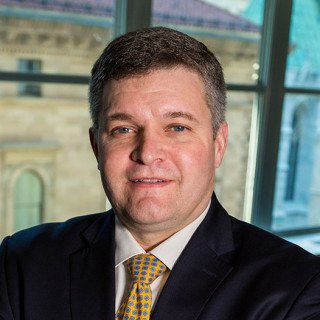 William G. Goode received his B.A. in Economics from the College of William & Mary in 1996. He went on to receive his Juris Doctorate from the University of Richmond in 1999. He was admitted to the New York State Bar in 2000 and to the New York Federal Courts, Southern and Eastern Districts, in 2001. In 2008, Mr. Goode received an MBA in Corporate Finance from Dowling College.

After graduating from Law School, Mr. Goode worked for a large Long Island Law Firm in the Trusts & Estate Department, the Litigation Department and the Corporate Department. Following this position, Mr. Goode became General Counsel to several corporations with common ownership. After successfully serving as General Counsel for three years, Mr. Goode was promoted to Executive Director, having complete profit and loss responsibility for a corporation with in excess of 300 employees. In 2009, Mr. Goode returned to practicing law in a law firm environment, concentrating his practice in Elder Law and Trusts and Estates. Finally, in 2011, Mr. Goode decided to start his own firm and founded The Law Office of William G. Goode. Mr. Goode’s practice is concentrated in Elder Law and Trusts and Estates although he handles a wide variety of cases including civil litigation and corporate law. Mr. Goode is a member of The National Academy of Elder Law Attorneys, the Suffolk County Bar Association and the New York State Bar Association.