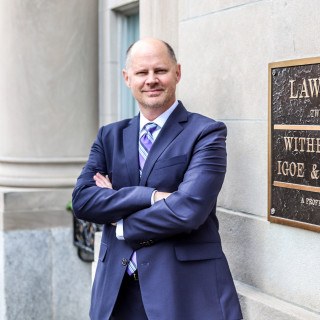 Ward Brown is an AV-rated trial attorney who primarily works to secure just compensation on behalf of landowners in condemnation and eminent domain cases. Before joining Withers Brant, Ward served as lead trial counsel for the Kansas City, Missouri Tax Increment Financing Commission in acquiring more than 200 properties via condemnation. At Withers Brant, Ward has represented landowners in condemnation/eminent domain actions involving 100's of tracts in Missouri and in Kansas.

Ward also regularly represents clients in a variety of commercial litigation matters, including but not limited to product liability, construction law, insurance and other matters. Ward has tried many cases to verdict in state and federal courts in Missouri and Kansas, and has even tried cases as far away as Hawaii.

Ward is a lifetime Northland resident and a former professional musician (pedal steel guitar and guitar).