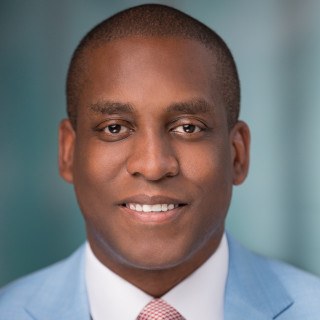 Titus Nichols is a trial lawyer who has successfully obtained verdicts against multi-million dollar corporations at trial. Titus fights on behalf of regular people who have been injured through the negligence of others.

Titus’ practice focuses on representing people who have been injured as a result of reckless drivers, work place accidents, defective products, and catastrophic injuries. Titus’ practice also includes representation of people in federal courts throughout Georgia and South Carolina. He has represented individuals in class-action suits regarding environmental contamination as well as consumer fraud.

Titus has spent years representing regular people who have been injured in car accidents, apartment fires, truck wrecks, slip and falls, and even victims of negligent security. Being a personal injury attorney is more than just some giant billboard on the side of the highway. It is about having a passion and the skills to fight for ordinary people everyday.

Prior to creating Nichols Injury Law, Titus served as an Assistant District Attorney in Augusta where he prosecuted violent felonies including murder, armed robbery, and sex crimes. He prosecuted over 1,000 criminal matters, tried 29 jury trials, and obtained at least five verdicts resulting in life sentences. In one year alone, Titus first-chaired 12 felony jury trials throughout the Augusta Judicial Circuit. Additionally, Titus served as an appellate attorney where he submitted and successfully argued over 25 appellate briefs to the Georgia Court of Appeals and Georgia Supreme Court. His background also includes time as the law clerk for the Honorable Robert N. Jenkins & the Honorable Alex Kinlaw, Jr. of the 13th Judicial Circuit Family Court in Greenville, South Carolina.

Titus also serves as an officer in the United States Army as a Judge Advocate General (JAG) for the Georgia Army National Guard.

Q. Me and my family were involved in a car accident in which the other driver was at fault. But previous owner insurance.
May 24, 2022
A: I'm sorry to hear about this situation. You need to look into other sources of recovery that may be available to you and your family. Additionally, you'll need an attorney to assist you because there might be liability coverage avilable elsewhere. Please reach out for legal guidance from an experienced trial attorney.

Q. What options do I have after a car accident in Georgia?
May 9, 2022
A: Did you experience any injuries as a result of the collision?

Q. I got injury at a hotel when i was taking a shower and the showerhead bursted off the pipe hitted me in the head.I fell
February 21, 2022
A: If you believe that you can no longer work with the firm that you have now, then you should definitely reach out to a new firm to handle your case. I would first recommend speaking with your current attorney to see if you can resolve the problem. If not, then definitely seek out a lawyer who is committed to helping you and has experience with this kind of case.