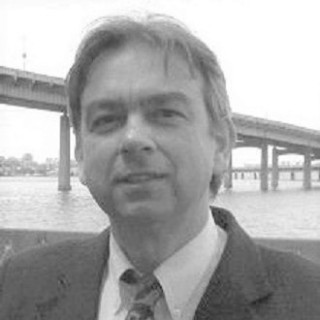 Tim taught law at SUNY Maritime College and in the MBA program at Southern New Hampshire University. On a limited basis, he tutors recent law school graduates for the New York State Bar Exam. Tim fights hard for the legal rights of clients who have sustained injury. He is referenced in Wikipedia - Seaman’s Manslaughter Statute. Tim was asked to cover the subject of limitation of liability for the American Trial Lawyers Association (Defeating Limitation of Liability in Maritime Law).

Tim worked as an environmental engineer for an 826 MW generating station where he was responsible for regulatory compliance and oil spill response. He trained NYC firefighters in first responder plant hazards that included 138,000 volt electrical equipment, high-pressure steam, bulk acid, caustic, and no. 6 heavy fuel oil storage. He worked as a shift supervisor at a 425 MW station, responsible for steam turbines, generators, boilers, diesels, and auxiliaries.

Tim covers maritime law topics for nationally published maritime and boating magazines, including WorkBoat, The Ensign (US Power Squadron), Offshore, Marine Officer, and LI Boating World. Tim can be reached at (718) 224-9824 or timakpinarlawoffice@verizon.net.

Maritime Lawyer Tim Akpinar Discusses the Legal Rights of Passengers and Guests Injured in Accidents Occurring Aboard Cruise Ships or Shoreside in Connection With Their Voyages. He Describes Jurisdictional Issues and Other Stipulations Imposed by Cruise Lines Within the Contract Conditions of Their Tickets. He Also Briefly Touches Upon SOLAS, The Convention for the Safety of Life at Sea, in Terms of Safety Compliance by Cruise Lines.

Maritime Lawyer Tim Akpinar Discusses the Legal Rights of Mariners Injured in Accidents Occurring in the Course of Their Employment on Commercial Vessels. This Includes Deckhands, ABs, Oilers, Wipers, DDEs, QMEDs, Tankermen, Cooks, Stewards, Bartenders, Deck Officers, Engine Officers, and Other Ship's Crew Injured in the Course of Their Employment, Whether Shipboard or Shoreside. Tim Describes Coverage Under the Jones Act, Maintenance and Cure, and Outlines How Jones Act Coverage Differs From Traditional Workers' Compensation Coverage.

Maritime Lawyer Tim Akpinar Discusses the Legal Rights of Commercial Fishermen Injured in Accidents Occurring in the Course of Their Employment. He Describes Coverage Under the Jones Act and Describes Distinctions from Conventional Employee Coverage Under Workers' Compensation Insurance.

Q. being sued by someone claiming personal injury from my car in 2018. He went through my insurance. Now he’s suing me
23 October 2021
A: Turn the papers over to your insurance carrier after making a set of copies for your own file. If you are contacted, do not make any statements. Politely advise the law firm that the matter will be handled by defense counsel arranged by your insurance carrier. With your cooperation, your insurance carrier should handled things from here. Good luck Tim Akpinar

Q. If trucker have accident but haven’t heard from the courts nor receive a ticket for the accident but it shows up on
22 October 2021
A: Yes, you can. Protect your CDL. A Mississippi attorney could advise best, but your post remains open for two weeks and you probably have a small window of time in which to respond or appear, if you have not already done so or consulted with an attorney. If you're going at it alone, good luck. If you want to reach out to a traffic ticket defense attorney to see if it's possible to have a quick free consult to figure out you want to consider going with an attorney, see the tab above (Find-a-Lawyer). There is a section for Traffic Tickets. You could also search independently online as well. Good luck Tim Akpinar