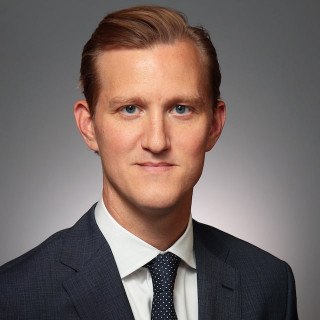 Mr. Rollins focuses his law practice on Consumer Bankruptcy Law. He received his Doctor of Jurisprudence from Mississippi College School of Law and was the recipient of the Regions Bank Award together with American Jurisprudence Awards both in Wills and Estates and Real Estate Transactions. Further, Mr. Rollins was a member of the Deanâs list for two semesters in law school. He holds a Bachelorâs Degree from Mississippi State University in Banking and Finance and is a graduate of New Hope High School in Columbus, Mississippi. Mr. Rollins is licensed to practice before the Mississippi state courts and Federal District Court for the Southern District of Mississippi.

In 2002, Mr. Rollins joined the Marine Corps and served in the reserves while attending Mississippi State University. In 2004, his unit was activated and he deployed to Operation Iraqi Freedom. After serving six months as a machine gunner in Iraq, Mr. Rollins was critically injured in a Humvee rollover accident, which resulted in a medical retirement from the Marines in 2006 as a Corporal.

Thomas is married to Jocelyn G. Rollins, a nurse at University of Mississippi Medical Center, and attends Christ United Methodist Church in Jackson. His family enjoys golf, traveling, and music.

How does Chapter 13 bankruptcy work? Found out from our Jackson, MS Lawyer!

#Chapter13 bankruptcy can be used to make your debt more manageable and save property. If you are behind on your house or car, then Chapter 13 may be a...

What happens if I have a Co-signer and file bankruptcy?

Our #Bankruptcy #Lawyer explains #Co-signers. Co-signers have a big effect on how your debts are treated in a bankruptcy case. It is important to understand the implications so...

How does bankruptcy effect your credit score?

Our #bankruptcy #lawyer explain how your #credit will be effected if you file bankruptcy. It depends on which chapter you file. You can also find out how long...

How Chapter 7 can help if you are struggling with debt

Our #Lawyer explains how #Chapter7 can help people get their financial life in order. Our #Gulfport office is staffed and ready to help. We have a streamlined process...

Learn how we are adapting to provide #Bankruptcy relief for our clients. Our #Attorney breaks down the new bankruptcy laws related to COVID. Finally, our #Hattiesburg, MS office...

Q. Filing Chapter 7 in Vermont and just approved for student loan refund is this protected?
November 20, 2020
A: If you are holding this money in your bank account or as cash then it usually will not matter what the funds represent. You must even disclose the fact that you are owed the money even if school is still holding the money. While these funds represent your tuition money from your perspective, it is most likely that the law will view these proceeds simply as cash (or a bank balance) once you have possession of it. Most states have a list of property that you can keep when you file bankruptcy. If property is protected from your creditors then it is considered "exempt". Exemptions are controlled by state law and I am not licensed in Vermont, but I would predict that it is very unlikely that there is an exemption that would apply specifically to tuition refunds. If Vermont provides an exemption for cash, bank accounts or wildcard (anything) then you could claim that exemption up to its limit once you have possession of the money. If you are under the exemption limit then you should be able to keep the money. If you are over the exemption limit, the difference would be subject seizure by the bankruptcy Trustee. If you already have the money, it would probably be best to wait to file bankruptcy until 90 days after paying the tuition. Alternatively, you could ask the school to return the money to the lender rather than sending it to you.