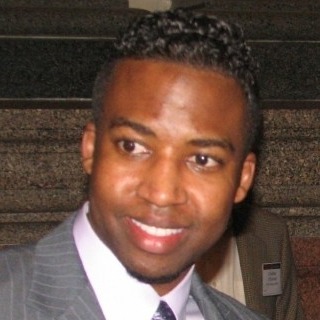 Terrance J. Evans is a partner in the Trial Practice Group of Duane Morris in San Francisco. He concentrates his practice in representing the financial services industry, which includes international, national and community banks; loan service companies; and insurance companies. During his career, Mr. Evans has both recovered and saved clients of the firm tens of millions of dollars in settlements, judgments and extrajudicial procedures.

With respect to the insurance industry, Mr. Evans concentrates his practice in complex commercial litigation and policy interpretation and analysis. He has represented commercial primary, excess and umbrella insurers in a wide range of multimillion-dollar cases, including declaratory relief, bad faith, rescission, subrogation, indemnity, additional insurance, interpleader and reformation actions. Mr. Evans has served as national coordinating counsel and monitoring counsel for insurance companies evaluating multi-jurisdictional claims where the exposure was estimated in the hundreds of millions of dollars.

Mr. Evans has negotiated settlements in dozens of multimillion-dollar cases, litigated in more than ten states, and has participated in more than 100 mediations, mandatory settlement conferences, and other forms of alternative dispute resolution for matters in both federal and state courts. Mr. Evans has also successfully represented clients in appellate matters, including matters before the Ninth Circuit Court of Appeals.

Mr. Evans has spoken at insurance coverage seminars, business development workshops, and diversity conferences around the country. Additionally, he has been very involved in the firm's pro bono efforts.

Mr. Evans has been recognized both locally and nationally for his professional accomplishments. In 2010 and 2008, Mr. Evans was honored by the American Business Trial Lawyers of Northern California for his dedication and professionalism. In addition, he was named one of the top 100 minority associates in the United States for 2007 by the Stakeholder Organization. Mr. Evans has also received special honors from the NAACP, the Congressional Black Caucus, the 100 Black Men of Los Angeles, the Young Black Scholars Program, the Black Women Lawyers Association of Los Angeles, the American Legion and many other organizations.

Mr. Evans graduated from Cornell University, where he made multiple appearances on the Dean's List, and was a Cornell Tradition Fellow. He also graduated from Loyola Law School in Los Angeles with recognition, and he was ranked as the Third Best Oral Advocate in the United States at the Frederick Douglass Moot Court Competition.