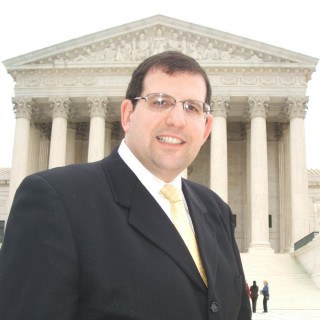 HELPING PEOPLE FOR OVER 20 YEARS!

Stuart Sandweiss, C.P.A., Esq., President of Metro Detroit Bankruptcy Law Group and the Legal Solutions Group is passionate about the people he represents and the cases that he accepts. For the past two decades, Mr. Sandweiss has zealously represented people in a wide variety of both federal and state court litigation cases – criminal, civil, tax and probate, as well a representing consumers in a large number of bankruptcy cases and bankruptcy adversary proceedings. While some attorneys specialize in a particular practice area – Stuart Sandweiss concentrates on enforcing and/or defending his clients’ legal rights – in both bankruptcy and state court proceedings.

Over the years both judges and opposing attorneys have praised Mr. Sandweiss for his vigorous and unrelenting advocacy. Recently an opposing attorney complimented him and commented — “he goes for the jugular and does not stop squeezing until there is no blood left.”

Just six weeks after receiving his license to practice law, a seasoned attorney retained Mr. Sandweiss as trial counsel for a week-long jury trial for a case in which the attorney was a party. When he called and asked Mr. Sandweiss to represent him he remarked – “I know you and I need you to win this case.” (Mr. Sandweiss went on to win that trial and the court ultimately awarded him sizeable attorney fee against the losing party).

Years later Mr. Sandweiss was again brought into a case as trial counsel — this time for a four-week jury trial between two automotive suppliers. During the trial Mr. Sandweiss spotted an issue and, in a short time found a way to knock out an over $1.2 million claim against his client. Later he used his skills as a CPA to analyze the numbers — ultimately convincing the jury to award his client over $8 million on a counter-claim. The jury verdict was later affirmed by the Michigan Supreme Court.