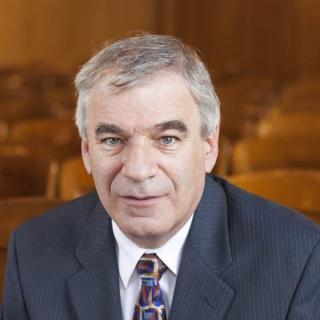 Steven Katzman is an experienced and caring trial lawyer with over 38 years experience, representing people accused of criminal offenses in Colorado as well as divorce, custody and post decree matters. Steve graduated from Arapahoe High School in Littleton and the University of Colorado in Boulder. He received his law degree from Lewis and Clark College’s Northwestern School of Law in 1978. While in law school, Steve was on the law review, served as a teaching assistant for first year law students, and was a recipient of the American Jurisprudence (Am Jur) Award.

Steve ran his own law practice in the Denver area for 29 years before joining Daniel, Thom & Katzman, P.C. on May 1, 2007. He has handled over a thousand cases involving all areas of family law, serious felonies, misdemeanors, DUIs, and traffic offenses for adults and juveniles in courts all over the state of Colorado. Steve has appeared on numerous news programs in Denver and Colorado Springs commenting on issues involving DUI cases and criminal law.

Steve is active in the local community. He was a member of the Board of Directors for the Evergreen Children’s Chorale and served as President of the Board of the Evergreen Lightningboltz. He continues to be a mentor/adviser to mock trial students at Arapahoe High School. He was a member of the Colorado Board of Medical Examiners for 9 years. He has been an Associate Municipal Judge in the City of Littleton for over 28 years and served as President of the Colorado Municipal Judges Association in 2010 – 2011. Steve enjoys travel, reading, and spectator sports, especially Rockies baseball. Steve is a professional potter and has shown his work at numerous shows in the Denver area. He has two adult children.

Problems with Department of Health Blood Tests for DUIs

Colorado Department of Health fired an analyst who misreported several Blood Alcohol Levels on DUI cases in Colorado. The lab is now retesting all of the samples that were analyzed...