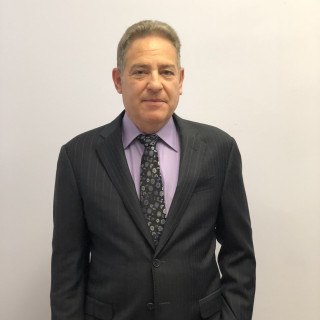 “When you focus on the solutions, the problems take care of themselves.”

Steven J. Mandel, a co-chair of the New York County Lawyer's Association’s Matrimonial Section, was chosen as “One of the Bad-Ass Divorce Lawyer’s You Wouldn’t Want to See Representing Your Spouse” for good reason. He successfully created the firm that bears his name in 1980, based upon the motto of J.P. Morgan who said, “I don’t want a lawyer to tell me what I can’t do. I hire him to tell me how to do what I want to do.”

Steve went to Adelphi University on a baseball scholarship.  Although he received an invitation to try out for the Toronto Blue Jays, Steve decided his competitive spirit and winning attitude would best be served by becoming a tough, yet compassionate, attorney.   Always a trailblazer, Steve was a member of the first class at Benjamin N. Cardozo School of Law, from where he graduated in the top of his class, with a Doctor of Law degree (J.D.) in 1979.

Recognized as a “Top 100 Lawyer in the United States” by the American Society of Legal Advocates; a “Top Attorney of the Year” by the New York Times Magazine Section; a “Family Law Practitioner of the Year” by New York Magazine; a “Legal Leader” and one of “New York’s Top Rated Lawyers” by ALM; a consummate “Super Lawyer", Steven J. Mandel also received a perfect “10” rating from AVVO for “peer recognition & client satisfaction" and Martindale-Hubbell awarded him their prestigious “AV Preeminent” rating, which is the “highest possible award in both legal ability and ethical standards”.

Even with all this deserved recognition, Steve Mandel still measures his success as an attorney by the number of thoughtful “thank you cards” and “hugs” he receives from his satisfied clients at the conclusion of their case.

This lifetime of achievements explains why people have come to see Steven J. Mandel and The Mandel Law Firm for almost 40 years, when losing

When is a "Marriage" not a "Marriage"? When the Federal government says it isn't!, Same Sex Marriage in New York State

At mandellawfirm.com having Steven Mandel is one thing, having our very own Attorney At Paw is another. When you need a "bad ass" Divorce Lawyer in NYC, hire us.

See what clients say about Attorney Steven Mandel: https://goo.gl/EPLbEu Transcript: “He keeps you feeling secure and he sticks to the fact and you always get the sense that this guy is not...

Need counsel or help to file spousal support in New York? Visit: https://goo.gl/kH6ope People going through a divorce or even thinking about divorce, often want to know, how much alimony or...

Visit https://goo.gl/uVFHVJ to know more about Child Support in New York. Transcript: Clients asked me, what am I entitled to receive for child support or how much do I have to pay...

Clients ask me, while the divorce is going on or even before I start to divorce, can I date? Well the legal answer is yes, there is absolutely nothing to stop you. Fault doesn’t matter when it comes to distribution of the marital assets or how much you are entitled to receive for alimony and do I have to pay for maintenance.

People getting divorce want to know, what am I entitled to? New York is an equitable distribution state, that means everything acquired during a marriage with a few exemptions is...